Venus and Jupiter in Morning Skies 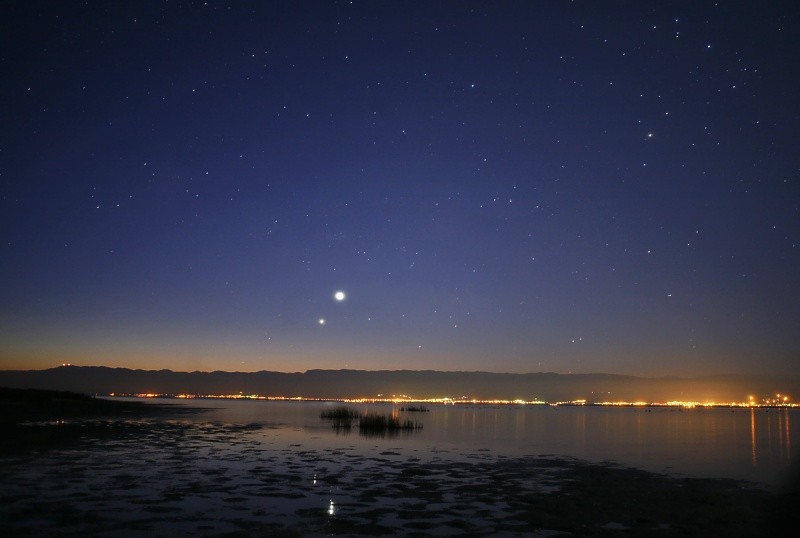 Explanation: These two celestial beacons shining brightly in the east before sunrise are actually children of the Sun, the planets Venus and Jupiter. The second and third brightest objects in the sky at Night after the Moon, Venus and Jupiter appeared separated by about 2 degrees when this picture was taken on January 30th, but closed to within nearly half a degree early yesterday morning. In the serene foreground is the shoreline along the Miankaleh Peninsula and Gorgan Bay, an important bird and wildlife refuge in the southeastern Caspian Sea. Over the next two days, early morning risers around the globe will be able to enjoy a close pairing of Venus and Jupiter with an old crescent Moon.