"Venus Rises" is an independent science-fiction vidcast series. "Venus Rises" is filmed in two neighborhood houses in Forked River, NJ (about 15 minutes from the shore) with the sets being built on-site in various bedrooms, dens and garages (from recycled US army, navy, air force, and aerospace materials). All of the sets you see were designed and assembled by J. G. Birdsall. Some members of the cast contributed to procuring miscellaneous props seen in the sets. The cast is made up of amateur actors who are mainly skilled and talented in other areas but all share an affinity for sci-fi, media, film, television, the web, computer hardware and technology. The production crew is made up of mostly amateur graphic artists and those with advanced knowledge who donate their time and efforts. The filming crew is made up of the director, cast and some local crew members. VR is a paycheck budgeted project and is completely grassroots.

The year is 2050. Earth was devastated by a chain of cataclysmic events leading to a pandemic collapse of governments. The human race colonize Mars and Venus, narrowly escaping with technology amassed by mega-corporations during Earth's final days. As Venus becomes home to the working class, and Mars the seat of power, two friends, Private Sam Reegan and Sergeant Nathan Griggs, who are enlisted in the Mars Defense Directorate uncover the first signs of civil unrest.

Venus Rises Series 1 is broken down into three contiguous episodes. Ancillary shorts, dubbed 'Interspace' episodes, are released asynchronous to the main episodes, revealing past events alluded to during the course of the show. Series 1 follows five characters of Venutian and Martian origins: Demille Onaar the engineer, Aeriana Onaar a deaf pilot and hacker, Kylara Marinn the scientist, Private Sam Reegan, and Sergeant Nathan Griggs; All of whom play a pivotal role in the escalating conflict. Can five strangers put aside their differences to stop a war of worlds?

The Outcry has begun as... Venus Rises. 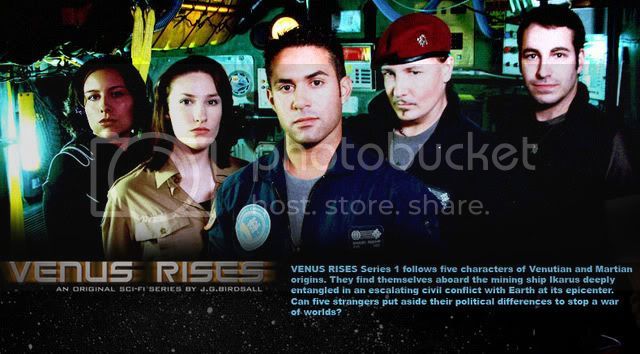 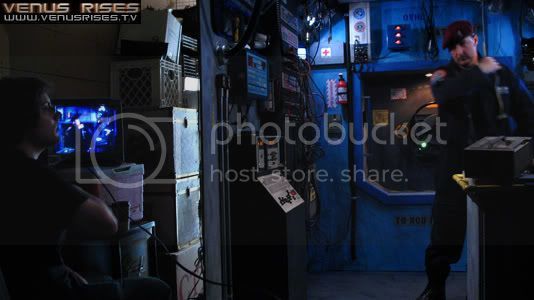 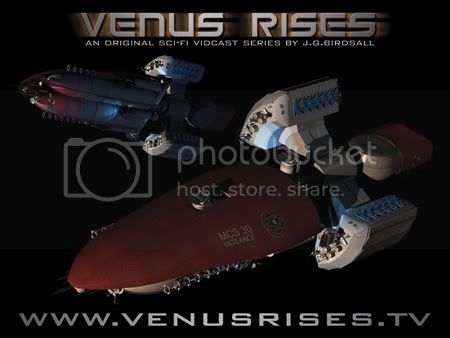 All good fun sticking it together to make a full series I guess.