Which Books Have YOU Re-Read Time and Time Again??

What books do you keep going back to, and how many times have you read each?

I've gone back to The Belgariad by David Eddings more times than I care to count. I've also reread The Women of The Otherworld by Kelley Armstrong series a fair few times, the Harry Dresden books by Jim But her, the Empire Series by Raymond E Feist and Janny Wurts spring to mind - but in reality there are so many sets of books that I just love that I go back to them time and again every couple of years.

The only book I've ever reread has been The Giver by Lois Lowry. I may be able to reread more now, but when I was younger and constantly reading, I always knew what happened and the joy was lost on a re-read. But for some reason, that never happened with The Giver. I think I've read it 4-5 times now and its a fantastic read.

And I now blame you for wanting to reread the series since I see she came out with a fourth book. At least they are shorter!

I keep trying to read "The Life of Pi" by Yann Martel, because everyone tells me it's so good. I get about a third of the way through, then lose patience with Pi Patel because he seems such a prat, and give up. I'm sure I'm missing something!

Serial killer story before cel phones. It made me aware of how patient and dedicated these monsters are. It changed me.
E

The 17th Century Literature I would like to read those books again.

Are my three rereads.

Shout out to the OP for Feist & Eddings.

I haven't read a dead wood in years.

I do have an affinity to the writings of Edgar Rice Burroughs
My dad had a wonderful collection of Tarzan books (hard covers) that I grew up reading and rereading.
I reread many of the Barsoom novels in excess of 5 times. I now have e-versions of them and still enjoy the stories.

I used to reread the books on The War of the Chtorr by David Gerrold but lost interest after rereading the first three multiple times waiting for him to finish the series (which I believe will never be completed, at least not by him).

When the kids were younger I must have read Patricia C. Wrede's Enchanted Forest Chronicles books ten times. Whats funny is every once in awhile I hear my kids quote parts of the books to their kids.

The SFBC made me a short story/compilation reader. While I don't reread the entire books, I do reread many of the stories multiple times. It was a quest for short stories that got me interested in eBooks in the first place. There are multiple volumes of Worlds Best Science Fiction that held my interest many times.

I've read the 11 books of swords and the first 4 books of the Berserker wars by Fred Saberhagen at least 5 times each. Never was really interested in his take on Dracula though.

I read Night's Master and Death's Master by Tanith Lee around 3 times.

Ender's Game by Orson Scott Card 3 times and Speaker For The Dead twice.

I've read Douglas Adams' HHG2TG series 6 times for every entry except Mostly Harmless that I didn't even know existed until recently.

I've enjoyed a few books by Issac Asimov multiple times. The first two books of Foundation and The Robot Collection.

I like Robert Silverberg and while there are not many of his novels that I have reread I have read much of his work.

I think I have read The Mote in God's Eye by Larry Niven at least 7 times if not more. Ringworld Engineers was another of Niven's that got multiple reads.

I just love rereading Heinlen's short stories. Destination Moon, Sky Lift and The Long Watch to name a few.
While I have read some of his more extended works I have not reread them.

Poul Anderson was one of the authors a friend of mine really liked while I was on ship in the Navy. I remember rereading a bunch of his soft covers so we could discuss them. It was great fun to explore our imaginations. During that time I was also a fan of the Dragonlance Novels by Margret Weis and Tracy Hickman. Went well with Thursday nights while playing Dungeons and Dragons in the rec room.

The Spearwielder Tales books by RA Salvatore also went well with the Dungeons and Dragons mindset I was in. I must have read Dragonslayer Returns at least 4 times. It lead me to Forgotten Realms and his contributions to that. I still kinda like how he writes.

Of the Chronicles of Amber by Roger Zelazny, I have read the first 6 books 4 times, Mainly because I bought the SFBC special that included the first 6 books. Others by him include; Creatures of Light and Darkness (2), Lord of Light (2), The Black Throne (3), Here There Be Dragons (5) and multiple short stories included in World's Best Science Fiction (1967 & 1968), Fantasy Hall of Fame (1998) and a few other anthologies.

While I am sure there are many others that I have reread multiple times these few are the ones that readily come to mind. Some of the eBooks are:

Who Goes There? by John W. Campbell Jr. available in full at Outpost 31.

The Chronicles of Pern by Anne McCaffrey available at Digital Library

I got into the habbit of listening to Tarzan books on my cellphone (for free www.librivox.com) to help me go to sleep, but had to stop after book 4 or 5 as the rampant sexism, racism & basically static character of Tarzan, the jungle God stopped being interesting so my mind would wonder & not sleep.

I just finished a six month run of nightly Moby Dick...anyone else find the ending to be abrupt, under described & generally unsatisfying?

I'm listening to the Second Jungle Book by Kipling ATM.

Inspired by my thoughts concerning this thread I just went thru and made screenshots of my audio and ebook collection. I just finished. I had no idea I had collected so much!

I'll start a thread and post some of the pics, who knows you might find something new?

The Count of Monte Cristo by Alexandre Dumas, the elder. And also the Culture novels by Iain M. Banks.

I've reread the Abhorsen Trilogy by Garth Nix two times over the last three years, and am gearing up to do it again to refresh my memory since I haven't read Goldenhand yet.

I reckon I have read quite a few in my time. Congo, a handful of Star Trek paper backs, contact, silver tower, 2003 space odessey, Issac asmov's book, outward bound for space, a really nice old book about 1950's model rocketry, before Estes and Centauri rockets, Werner Von Brom's aviation and space book, man that gent is deep, lol! A old Space 1999 paperback, Henry David Theroux's novel, and many many more....

Writer
The first three Hitch-Hiker's Guide novels, but I haven't re-read them recently. I try to read A Christmas Carol every holiday season (not always do, but I try). I recall there were a couple Kansas history books I used to re-read back in the day, but since they're not in ebook format, and I'm not writing history anymore, I won't be getting back to them. Otherwise, it's main new books (or, more likely, new to me ). 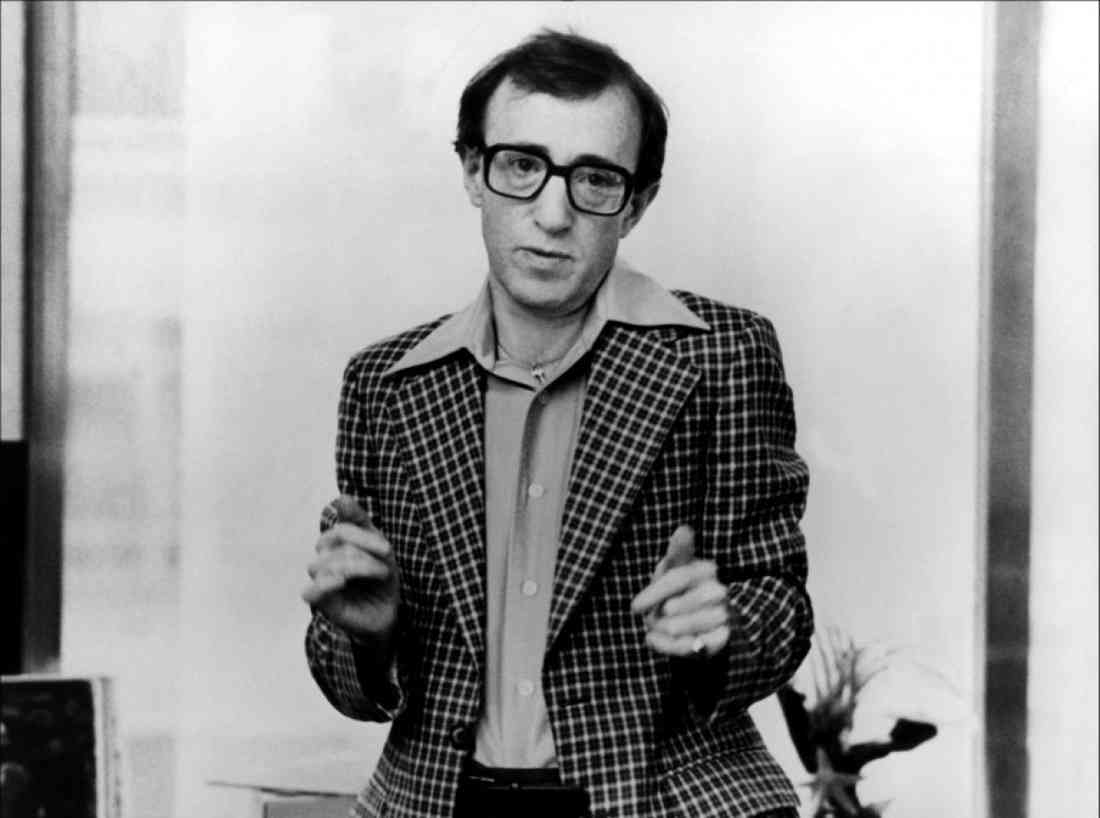 Staff member
I'll reread some Stephen Kings, usually with a few summers passing between each. Some oft read titles are The Stand and The Talisman.


airships said:
I reread most of Tolkien every few years, I can read the Silmarillion 2 or 3 times a year sometimes. Most other books I've got get a reread every few years, too. Especially anthologies.
Click to expand...

Tolkien is one of the few that I re-read multiple times. Starting with The Hobbit back in the 70's it is a series that has always stayed with me.

RobertLCollins said:
I try to read A Christmas Carol every holiday season (not always do, but I try).
Click to expand...

That was one of my traditions as well for the longest time. I'm not sure when or why I stopped in recent years but you're making me think that I should try to start it up again for next season.
R

I very rarely reread stuff. I've read The Hobbit about 4 times. I've read Lord of the Rings twice (but probably read Fellowship of the Ring about 4 times). I've read Babel 17 by Samuel Delany, The Rediscovery of Man (a modern collection of novellas and short stories) by Cordwainer Smith and The Child Garden by Geoff Ryman each twice, as I wrote about each of them for a university newspaper - I certainly didn't mind that: The Child Garden is the novel I always say is my favourite. I've reread Roadside Picnic by Arkady and Boris Strugatsky recently for a reading group. I've read lots of Lovecraft Twice, after I found my collections of him at my mam's house years later. Same with Robert E. Howard. I've read the Demolished Man by Alfred Bester twice, as I friend picked up a different edition than the one I had in her charity shop, not aware I already had it (I was really glad for this, actually, as I didn't think too much of it when I first read it, but loved it the second time). I've read Dune twice, and Dune Messiah Twice (again, liked the latter more on second reading).

I'm aiming to read The Child Garden again at some point. And I still want to reread Titus Groan and Gormenghast. Generally I'm not so much into rereading stuff, as it takes up time when I could be reading things I've not before.

I keep going back to the Honor Harrington series by David Weber. I cannot remember how many times I have read these books. I just completed the series again. I blame it on my kindle. After I found the first 2 books were free on Kindle, I was hooked. Recently my computer died and so started using my Kindle and the first few book were already down loaded so I started the series all over again.

'The Digging Leviathan' by James P. Blaylock. more fantasy than sci-fi I guess. hard to know where to draw the line.

an obscure favorite is 'Gojira' by Mark Jacobson. a re-telling of the Godzilla mythos. G is a real entity that lives on a hidden island with an orphaned Japanese boy. over time various lost children join them. among other things they make movies with G for something to do. fun, sometimes moving look at our pop culture.

A
All Time Favorite Book
2