So there is a Spanish thread, French thread and a German thread... the last one even has 2 threads.
You probably guessed my thoughts already, where is the thread of the country I'm proud of?
The Dutch' can't stay behind, Dutch people never stay behind! So here it is, a Dutch thread!
Not on request, just another child of my own creativity. Although I'm known with the fact that,
only 4 people here speak Dutch. These people are known as: marco, Alias Gay, LightTraveller and Itz the MT.
(I put myself last in this list as a proof that I really am a very modest person, for if you didn't knew yet.
If you also speak it, but don't see yourself in this list; I'm very sorry, fellow Dutch speaker. It won't happen again.
Anyway, this was the introduction.


Now some interesting stuff about the proud people who live in my county.

First you probably ask yourself, why such a big thread for such a small country? Well, Dutch people think big
and are big thinkers. (Not all of them though, I admit).
If you've never seen a Dutch man in the wild, here the #1 detail; they wear clogs

My shoes, they're brand new

That's about all interesting of the outside... the inside is also interesting;
Dutch people are always
- selfish
- proud
- arrogant
- loud
- rude
- totally not romantic.
There are no exceptions, this goes for all of them.

When you still do see any exceptions, the person probably used a little bit of this (holy) plant:

This chit is legal in Holland

Now some more interesting stuff about the country that I'm proud of.

Holland is full of farms, windmills, tulipfields and weedplantages. There is also a big city called 'Amsterdam',
that's the capital of the country I'm proud of. If you go there, it'll be great fun... But I warn you, don't go by bicycle if you
want to return home with the same bicycle... There is an un-written rule in Amsterdam that a bicycles is public property.
So that means everyone can use any bike whenever he wants, if you like it or not.
If you visit the provinces, where I live... you are likely to see this animal quite often. (look at the picture, if you want)

This animal is not holy, like in India. It's also not the most respected animals here... It's just one of the many things most people
associate Holland with. We have them for milk and meat. It can also talk, it sounds like 'boooo'... unfortunatly we have not discovered
yet what this animal exactly says if you translate it. Ghosts and phantoms speak a similar language.

The language is very complicated and it can hardly be compared to any other languages except German.
It's probably harder to learn than French, Italian and Spanish. But if you finally mastered it, you have the right to be proud... very proud.
Because in my opinion, it's a way better language than English... because of the many different words you can use and styles you can use.
Everyone has his own style to make sentances and use words. There are many different words, too many maybe... I can think of over a 100 different
words for things like 'sex', 'sh*t' or 'arse'. I love my language, but I'm probably biased.
Here a picture of the book you girls will probably all need: 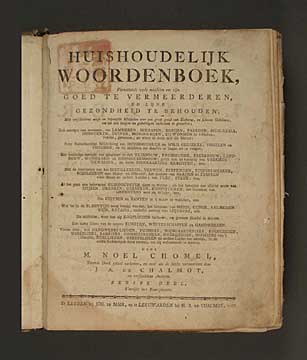 If you can read what's on the book, please shut your mouth about it because it's only a joke

So let's get to the point, in my opion... Dutch people are a sort of... "Überpeople" who are superiour to any other nationality in the world.
You're puking yet? Good my goal is achieved.

So you probably would like to know what they look like on a picture... Dutch people. No problem, they all look about the same so I'll show you.
As I told before, they wear clogs... and really cool clothes. Like this:

Me and my sister making lunch for our parents

On Marco's request; "The Land of Drenthe"

Marco asked me to write about his province also, so here I go... I've been there on holiday only once, in 1993. But I remember everything.
I'm not sure but when I saw marco's picture for the first time, a year ago... I even got a deja vu feeling, so who knows...
Anyway, about Drenthe again. People in Drenthe are proud of.. yes yes... *ahem* they're proud of... (embarrasing, really)...
People in Drenthe are proud of a few stones laying in a field (!). I'm not sure, but there are rumours that they even live in it.
But you know how people are eh, marco probably goes in denial if you ask him if his house is like his (I would...):

These are the things, Drenthian people are proud of

They lay there for ages already (literally).
I don't live in Drenthe myself, I live in the province called 'Gelderland' which is basicly the same... just without the stones Drenthe has.

Anyway, this thread... ask questions about Holland, the language, the people... anything is welcome!

Disclaimer:
- Do not feel offended by this thread, it's not serious.
- As you may have discovered already, not everything said in the introduction is based on the truth...


I Agree (scroll further and reply if you want)
M

it cracked me up lol

There gonna be more info lol? cafebrand, deltawerken or something like that.

hahaha oh i needed a laugh
I

it cracked me up lol

There gonna be more info lol? cafebrand, deltawerken or something like that.

hahaha oh i needed a laugh
Click to expand...

Of course yes, it will be updated as much as possible.
M

think big places like eindhoven and rotterdam can be included a bit of histrory...and lots of humor.

marco said:
think big places like eindhoven and rotterdam can be included a bit of histrory...and lots of humor.

Oh god too many ideas, not enough time... but I'll try.
F

LOL ok good.. haha it's not that I made it for Dutch people if you thought that!! lol... it's more for the non-Dutch people.
M

cool info...especially bout amsterdam...ofcourse i deny i sleep in hunebedden those things been laying there for several million years it would make ancient lol

do u really sleep in the rocks??
And wots the temperature like there??

marco said:
cool info...especially bout amsterdam...ofcourse i deny i sleep in hunebedden those things been laying there for several million years it would make ancient lol
Click to expand...

Don't exagerate it marco... they're laying there less than 100.000 years I think.
Several millions years ago there weren't even any people.
M

okay okay ages they went along with the ice age and ended up here...

temp beneath the rocks in this time of year...well we pick those stones up and move to higher warmer grounds.
F

hee hee hee, how about in summer??

hee hee hee, so wot does the book say??

wot u mean absolutely nothing??

oh yea with those hunebedden ya have to be carefull not to look into other people homes
Click to expand...

Yea... Everyone knows that the defenition "voyeur" was started in Drenthe.

Everyone would be angry if I told, it's better this way... really.
M

we drents are very hospitality like...its our nature ofcourse we the neighbouring provinces stole those things from us but our kniepertjes are the best
I


we drents are very hospitality like...its our nature ofcourse we the neighbouring provinces stole those things from us but our kniepertjes are the best
Click to expand...

Tallest Man in the US Needs Shoes