“X-Men Origins: Magneto,” the spin-off film focusing on the early days of Marvel’s mutant master of magnetism, has been put on hold until 20th Century Fox is able to gauge the success of next year’s “X-Men Origins: Wolverine” in theaters.

In an interview with Superhero Hype, writer/director David Goyer said the studio likes the current script for the film and is waiting to see how the “Wolverine” spin-off performs in theaters before beginning production on “Magneto.”

“I don’t think they would consider moving forward until the movie comes out,” said Goyer.

According to the official plot synopsis for “X-Men Origins: Magneto,” the film explores the World War II time period in which Eric Lensherr (who later becomes Magneto) is a prisoner of a concentration camp and discovers his mutant abilities — a period which was briefly touched upon in the first “X-Men” movie. Charles Xavier (Professor X) will also factor into the story, and the meeting between Xavier and Lensherr, their subsequent friendship and eventual parting of ways is detailed in the film.

Naturally, young versions of each character would be required for the film, but no casting has been announced thus far.

Previously, David Goyer had hinted to MTV that “X-Men Origins: Magneto” might get bumped back, and producer Lauren Shuler Donner offered up a similar vibe about the film. However, we did receive some insight regarding the look and feel of the film from character designer Aaron Sims back in October.

Think it’s a wise move to hold off on “Magneto”? Disappointed by this news? Let us know in the comment section!
Click to expand...

I think it is a smart move. Fans who are looking forward for the sure-to-be-action Wolverine movie may not be as interested in Magneto. The mythos of Magneto is more political & ideology driven than Wolverine's.
7

Magneto has always facinated me, and I think Wolverine's story has been told a million and a half times. I am sick of it! Metal, breaking glass, sadness, false happiness, more sadness. I hope to see a Magneto film some time, but untill then I will stay under the bridge


7HEUSEDB3RTH said:
Magneto has always facinated me, and I think Wolverine's story has been told a million and a half times. I am sick of it! Metal, breaking glass, sadness, false happiness, more sadness. I hope to see a Magneto film some time, but until then I will stay under the bridge
Click to expand...

I've always looked at Magneto as a sad character, but not necessarily interesting. His anger was born out of the atrocities of WWII as a child and he resents all of humanity for it. Wolverine, on the other hand, has suffered time & time again by both his enemies and those that he thought he could trust. With multiple memory wipes and an extended lifespan, he has several several lifetimes, all filled with pain.

Would I watch a Magneto back-story movie? Absolutely. But I think it would be a rather one-dimensional story whereas a Wolverine bio' could fill several movies.

If anything, I think a long cut movie with multiple character origins explained would be more interesting. Instead of concentrating on just the 'big name' characters, have a movie with the full X-Men crew and give mini-bios of people like Gambit (growing up in the bayou) and Storm (growing up in Egypt).

Heck, even better, go out on a limb and do something totally different that would be sure to make a lot of fans angry and set off a lot of arguments.

Speaking of the Wolverine movie....

That looks as interesting as it does brutal. I am sure that, with the success of XMO: Wolverine, Magneto will come out.

I haven't read a comic book in forever....

Gambit looks so gay in this movie. Cmon, where is the flock of hair bundled by a band?

I think there is a lot to explore in a Magnito movie. Just like most good villains he dosn't see himself as the bad guy. This is someone who barely survived the ww2 concentration camps, and went on not to fight this idea but support it. The idea of a master race was what started the Concentration camps and the idea of mutants being a master race is what drives Magnito. That contradiction alone is enough to carry a movie for 90 minutes in the hands of an expert writer.
G

I just can't get excited about the Wolverine movie. (For perspective, I liked most of the first X-Men movie, enjoyed the second, but totally hated the third.) I would be intrigued by a Magneto movie, but I share the concern that it wouldn't be as action-packed and exciting for audiences.

Another movie that looks like (note I said looks like) it takes massive liberties with the original story. I saw the trailer today ( I went to see Watchmen) and NO ALPHA FLIGHT.... Whats wrong with them hunting down Weapon X as Wolverine was called back when he was part of Alpha Flight, a group run by the Canadian government and which if I remember right (its been 20 years since I read the comic. But I have it so I can dig it out) Logan was altered to join: and then left as he was unhappy with their methods.

I think a Magneto film would be a waste of time and money....why not make a proper X-Men movie. The John Byrne, Chris Claremont period would furnish loads of great stories. Don't get me wrong I like the X-Men movies but again they were poor compared to the original source material.

^^I agree. Why not just make a real X-Men movie. All these individual stories of these characters are getting quite boring. This is what wolverine has to say about it.
L

However, the majority will consider themselves fans of both, as Family Guy and sci-fi--for some reason or other--go together like martinis and talking dogs. Family Guy producer David A. Goodman considers himself to be a hardcore "Trekkie" and sees no problem lampooning one of his favorite properties.

"I think it's easy to mock things that take themselves too seriously," Goodman said on a conference call with the media today. "Star Trek is both wonderful and pompous at the same time [laughs]. I am a die-hard Trekkie, but there are moments in a Star Trek where it takes itself very seriously."
R

Putting Gambit in the movie i think has turned a lot of people off the movie. I don't remember gambit ever being popular with the hardcore fans. 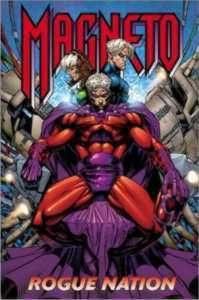