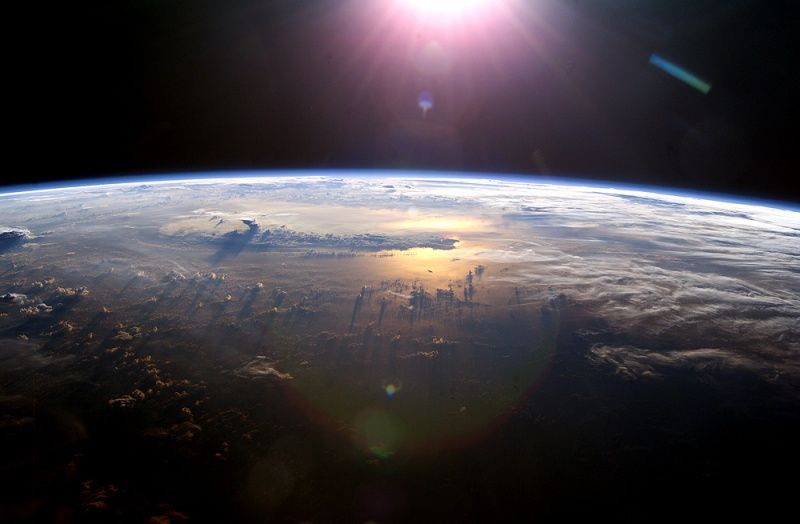 Explanation: On April 12th, 1961, Soviet cosmonaut Yuri Alexseyevich Gagarin became the first human in space. His remotely controlled Vostok 1 spacecraft lofted him to an altitude of 200 miles and carried him once around planet Earth. Commenting on the first view from space he reported, "The sky is very dark; the Earth is bluish. Everything is seen very clearly". Alan Shepard, the first US astronaut, would not be launched until almost a month later and then on a comparatively short suborbital flight. Born on March 9, 1934, Gagarin was a military pilot before being chosen for the first group of cosmonauts in 1960. As a result of his historic flight he became an international hero and legend. Killed when his MIG jet crashed during a training flight on March 27, 1968, Gagarin was given a hero's funeral, his ashes interred in the Kremlin Wall. On yet another April 12th, in 1981, NASA launched the first space shuttle.

That picture is huge!