Horror Zombie movies are not about the zombies!?!

Staff member
Another horror talk fest another argument erupted over The Walking Dead and the whole zombie sub genre. For mine modern zombie fare works off three basic ideas, originally laid down by Romero and repeated in TWD and any number of zombie movies.

1. A group of survivors is the focal point, the zombies are a clear danger but not the focus.

2. There is a lot more danger out there in the post apocalyptic world than the zombies, other survivors are more of a concern.

3. Zombies are us and we them, Savini pushed this idea hard in his NOTLD remake.

If y'all want a gore hayride check out an R rated slasher flick or anything by Eli Roth, zombie movies/shows on occasion get down in the trenches but generally its to underline a plot point.

Anyone else got thoughts on this?

Jethro said:
Anyone else got thoughts on this?
Click to expand...

At its simplest the classic zombie story can be used to represent society collapsing in on itself from consumerism. The zombies show that we are literally consuming ourselves to death.

The zombie movies/shows that use zombies strictly for gore shots tend to be forgotten while those that succeed supersede being 'about zombies' and are remembered for their human stories.

Staff member
Good point Kev, and another take on Dawn

Noted amongst horror sites was a minority of people bitching about the pilot of Fear the Walking Dead, and yes that would be due to the character build and lack of zombies. I am now calling it the Eli Roth syndrome, horror can be total rubbish as long as it has a high body count and action every five minutes

Jethro said:
I am now calling it the Eli Roth syndrome, horror can be total rubbish as long as it has a high body count and action every five minutes
Click to expand...

I never really cared for the slasher type films. Classic 'horror' movies like the original Jaws and even original Halloween and Friday the 13th work so well because they build up suspense to the violence instead of just having filler scenes between the gore.

I have the pilot for Fear TWD on my DVR but haven't had a chance to watch it yet. I sure hope the detractors weren't expecting non-stop zombie action from a show that has a premise of showing the gradual lapse of society before the full-blown apocalypse.

Have you ever watched other people watching TV or playing on their phones?
I relate them to Zombies in the sense that they let the world pass by while they are other-wise engaged.
People in large masses react like Zombies - following the lead of the oblivious.
Zombie movies are a depiction of our world today with a personal danger instilled. The best Zombie movies show the heroes rising up out of the delusion of life and taking charge of their circumstances.
Our society NEEDS a Zombie Apocolypse.

Kevin think you'll love Fear, takes time out to introduce the lead characters. To be honest only behind the junky son at this early stage.

J-Horror, K-Horror and the likes are not in my mainstream viewing because I don't like Subtitles.
Not because I can't read them, because, for me, it takes away from the viewing while I read them.
So, your above comment is kinda lost on me because I am not well-versed in the J & K Horror movies.
The word 'concern' throws me, mind putting it another way?

Staff member
Okay, technological isolation is a theme of J-Horror running through a number of movies, anime, and shows. Actually can't think of an example of the top of my head

I agree, J & K Horror are some of the best.
I just wish there were more dubbed versions.
I've noticed more Bollywood horror recently.
Problem is watching it not dubbed there are english and india languages intermixed.
What is the word for language of India? Swaheally? I seriously don't know but it is comical
because the funny way they talk kinda interrupts the "horror" of the scene. 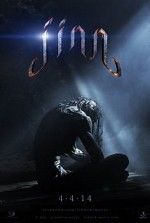 Shawn, an automotive designer, enjoys an idyllic life with his new wife Jasmine until it is interrupted by a cryptic message. The message warns of imminent danger and a curse that has afflicted his family for generations. Having lost his parents as a child, Shawn doesn't believe this unsettling revelation of his past....until strange things start to happen. Unable to explain the threats and fearing for his life, Shawn turns to Gabriel and Father Westhoff, a mysterious duo claiming to have answers. With their help, and the aid of Ali, a shackled mental patient, Shawn discovers that there is far more to this world than he ever imagined.

Horror A Zombie is a Zombie Right?
2

A note about Zombies and Vampires