Hello! I've been writing for the last few years and I've written a scifi trilogy. Anyone who has read them likes them. Here is the information:

The Broken Cosmos trilogy (Florida Station, Martian Flight, Neptune's War)
my website: www.ikennedyauthor.com (with links to US, UK, and AUS Amazon pages of the books)
or www.amazon.com/author/ikennedy
(Sometimes the novels come up in the wrong order on Amazon. Be sure to read them in the correct order)

The Broken Cosmos trilogy is a story in 3 volumes. It is a cyberpunk and dystopian styled space opera that deals with what it is to be a good human being, the price of addiction, mental health and war themes.

The blurb for Florida Station: Broken Cosmos Volume 1:
It is the 26th century. Zetting is the process of debugging a computer system by inserting a needle into one's skull and navigating the computer's circuits with one's consciousness. Zetting is addictive and dangerous, but a huge rush.

Alfred is a zetter. He lives and works on the run-down Florida Station, a space station orbiting Jupiter, controlled by the Solar Solutions Corporation.

Alfred uncovers evidence of a conspiracy during a zet. It leads him down a path that will endanger everything he holds dear as he figures out what is going wrong on Florida Station.

Draz is a scavenger on a destroyed Earth ruled over by the Collective Zone. She becomes caught up in a civil war that has raged for decades after she finds an ancient hard drive, while scavenging, that contains important plans. To put things right she has to fight for her survival in a hostile Solar System.

Artisius, the captain of the merchant ship Green Dragon, must negotiate a passage between Solar Solutions and the Collective Zone, which are in a state of cold war. He is trying to make a not so honest living.

Never underestimate the power, and the danger, of hope. 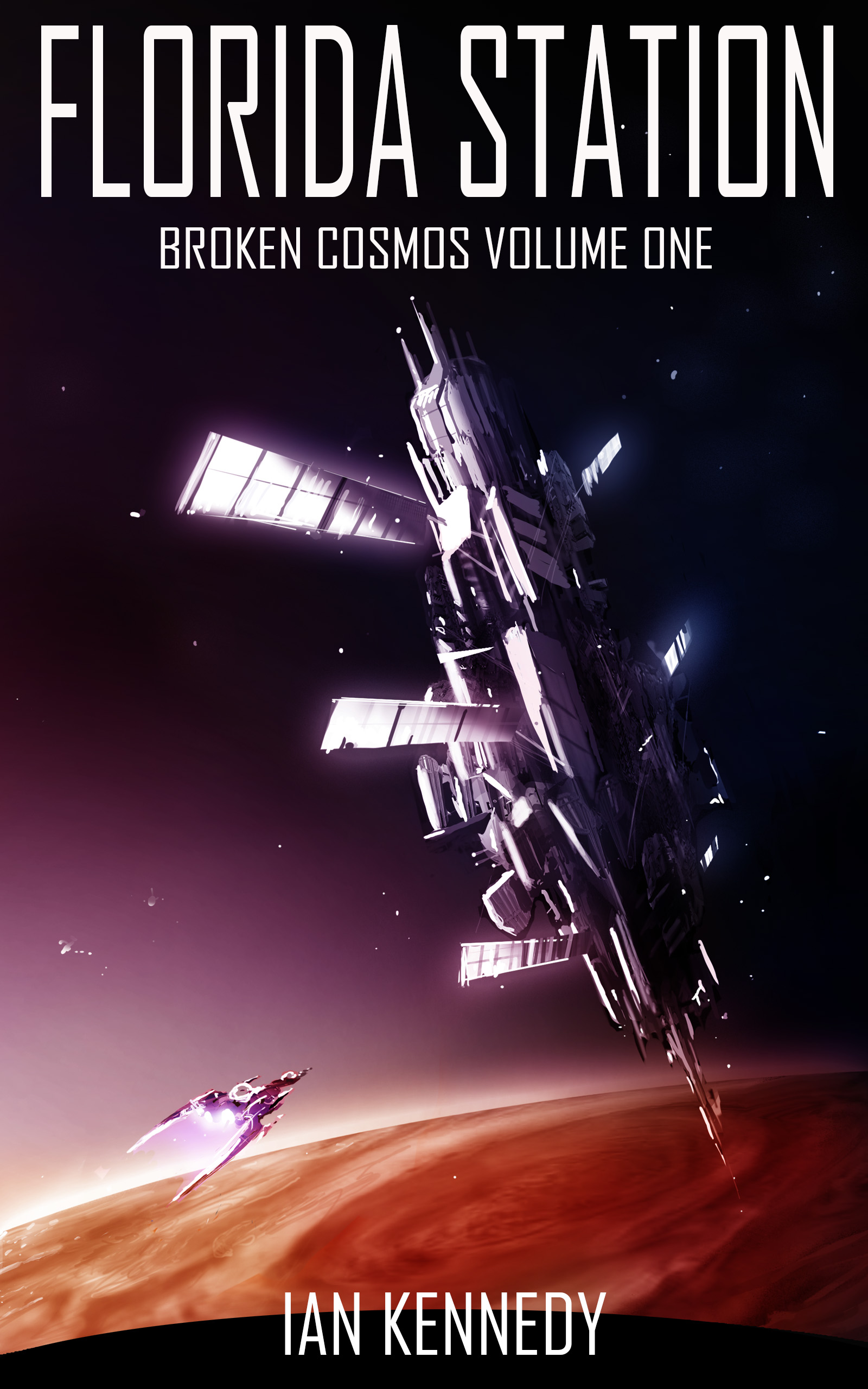 I just picked up Volume 1 and now comes the big decision -- what method to use to read it! Last time I tried the Kindle reader on my phone it wasn't enjoyable but I noticed that they have new options like the Cloud Reader so I may give that method a try this time.

Thanks for the purchase! I appreciate it! I have a Kindle so it works well on there. I haven't tried Kindle App but I've heard, from a friend, that it works nicely on a tablet.
I'm sorry it's not available in print paperback but due to living in Australia and all and Amazon not supplying print on demand services here...Sometimes living on Tatooine (the place farthest from the bring centre to the universe) gets annoying

Kevin said:
I just picked up Volume 1
Click to expand...

Excellent! I appreciate it and I hope you enjoy the read! Don't forget to rate it on Amazon if you're so inclined

This is embarrassing, but necessary. I wrote and spell checked the manuscripts on Office 2007, and It said there were no errors. I have recently got Office 365 and re-checked the manuscripts. There were some errors that Office 2007 did not pick up. I have corrected them. My apologies to those who had to read some errors. There were only a few, but it is still annoying and should not have happened.

A year-or-so later and I finally got around to finishing this trilogy.

Was a good workout for trying it with the Kindle app on a new tablet.

Thanks for reading! Recently (a few weeks ago) I actually made some changes and checked the manuscripts again (by listening through them this time with text to speech) to fix some spelling errors and such. So I apologise if when you read it you had to deal with errors. There were still a few that had slipped through even with multiple checks. It should be mostly free from mistakes now (perhaps a bit late, but better late than never, I suppose). I hope you enjoyed the read regardless.
Last edited: Aug 13, 2019

ikennedy said:
Recently (a few weeks ago) I actually made some changes and checked the manuscripts again (by listening through them this time with text to speech)
Click to expand...

That's an interesting way of proof checking! I'm not sure if I've come across any other authors who use that method but, thinking out loud, it kind of makes sense and seems like something that'd be a "twofer"; you get to check to see how it sounds as an audio book (good since Amazon is really pushing Audible subscriptions) and by listening instead of reading you get to hear if anything sounds amiss, whether it be spelling or sentence framing.

Yeah it does help with seeing if anything sounds wrong. It works not just for errors but clunky sentences and inconsistencies. I find it much easier than reading it myself (which I still do), because my eyes and brain can get lazy and gloss over things.
You must log in or register to reply here.
Share:
Facebook Twitter Reddit Pinterest Tumblr WhatsApp Email Link