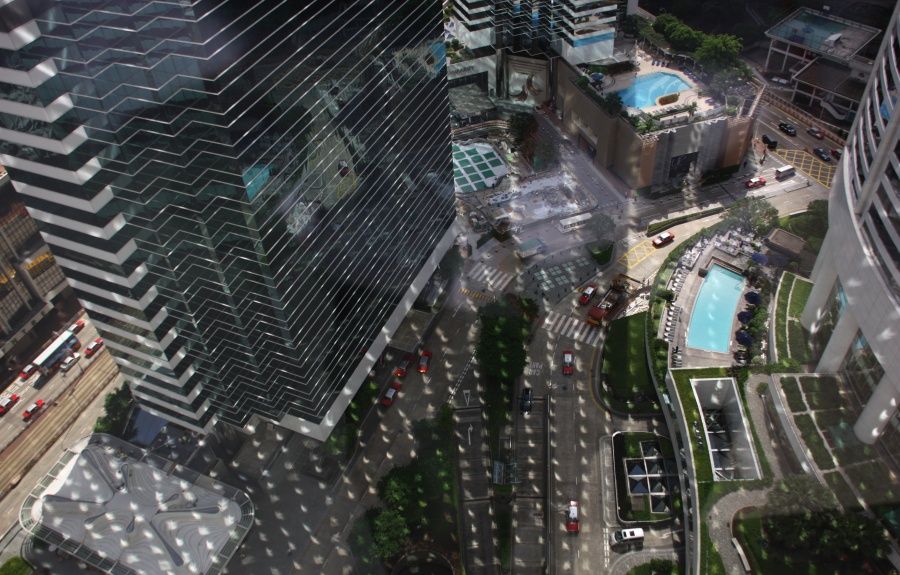 Explanation: During July 22nd's solar eclipse, the Moon's dark shadow traced a narrow path as it raced eastward across India and China and on into the Pacific. Hong Kong was south of the shadow's path, so a total eclipse was not visible there, but a partial eclipse was still enjoyed by inhabitants of the populous city. And while many were (safely!) watching the sky, images of the partially eclipsed Sun adorned the city itself. In this downlooking photo, taken at 9:40am local time, a remarkable array of solar eclipse views was created by reflection in a grid of eastward facing skyscraper windows. The photographer's location was the 27th floor of Two Pacific Place.