NASA Picture Of The Day
Haze over Santiago, Chile After Quake 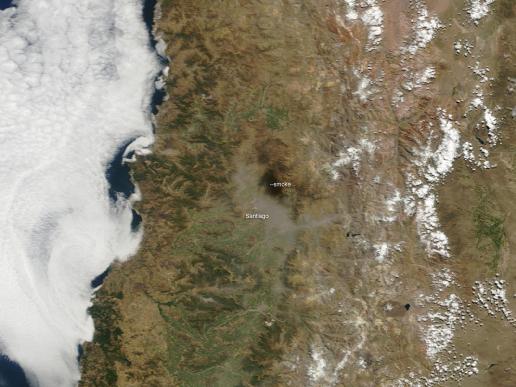 Haze lingered over the metropolitan area of Santiago, Chile, following a magnitude 8.8 earthquake on February 27, 2010. In an image from the Moderate Resolution Imaging Spectroradiometer (MODIS) on NASA's Terra satellite at 14:25 UTC, black smoke hung over the northern part of the city, while light-colored haze (perhaps pollution and/or dust) covered the southern part of the city and filled a canyon that cuts eastward into the mountains. &rsaquo; Earth Observatory: View Before And After Comparison&rarr; Image Credit: NASA (More at NASA Picture Of The Day)

The Gegenschein Over Chile