NASA: A Solar System Family Portrait, From the Inside Out 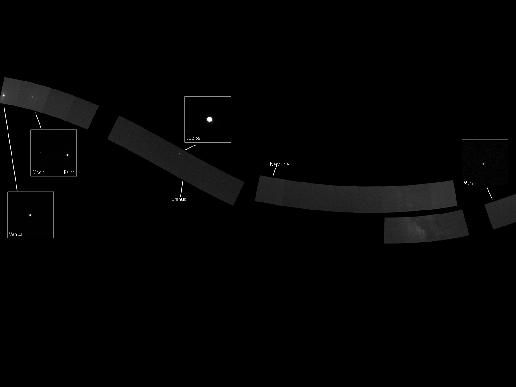 NASA's MESSENGER spacecraft has constructed the first portrait of our solar system by combining 34 images taken by the spacecraft’s Wide Angle Camera on Nov. 3 and 16, 2010. The mosaic, pieced together over a period of a few weeks, comprises all of the planets except for Uranus and Neptune, which were too faint to detect. On March 17, 2011, MESSENGER may become the first probe ever to orbit Mercury. Scientists hope orbital observations will provide new answers to how Earth-like planets, like Mercury, are assembled and evolve. Image Credit: NASA, Johns Hopkins University Applied Physics Laboratory, Carnegie Institution of Washington (More at NASA Picture Of The Day)

NASA: From the Inside Out

Makemake of the Outer Solar System