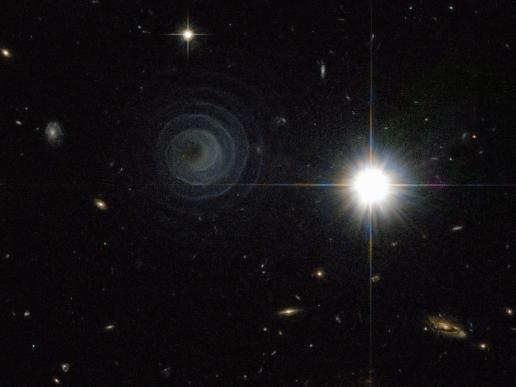 Scientists have yet to discover what caused the strange spiral structure. Nor do they know why it glows. The glow may be caused by light reflected from nearby stars. As for the spiral itself, current supposition is that this is the result of a star in a binary star system entering the planetary nebula phase, when its outer atmosphere is ejected. Given the expansion rate of the spiral gas, a new layer must appear about every 800 years, a close match to the time it takes for the two stars to orbit each other. The above image was taken in near-infrared light by the Hubble Space Telescope. Image Credit: NASA, ESA, Hubble, R. Sahai (JPL) (More at NASA Picture Of The Day)