NASA Astronomy Picture Of The Day
NGC 4945 in Centaurus 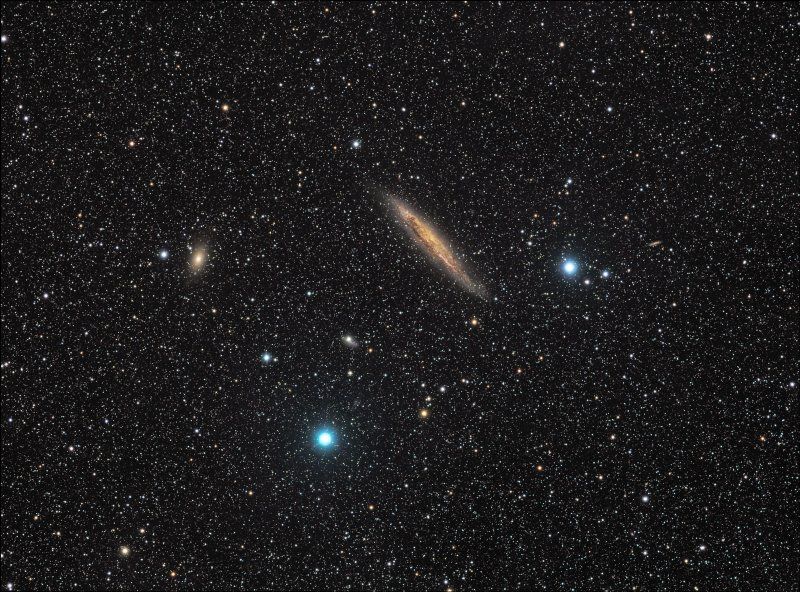 Explanation: Large, dusty, spiral galaxy NGC 4945 is seen edge-on near the center of this rich telescopic image. The field of view spans nearly 2 degrees, or about 4 times the width of the Full Moon, toward the expansive southern constellation Centaurus. About 13 million light-years distant, NGC 4945 is almost the size of our own Milky Way Galaxy. But X-ray and infrared observations reveal even more high energy emission and star formation in the core of NGC 4945. The other prominent galaxy in the field, NGC 4976, is an elliptical galaxy. Left of center, NGC 4976 is much farther away, at a distance of about 35 million light-years, and not physically associated with NGC 4945.

Editor's Note: A version of the image with labels generated by Astrometry.net is available here.