Quadrantid Meteors and Aurora from the Air 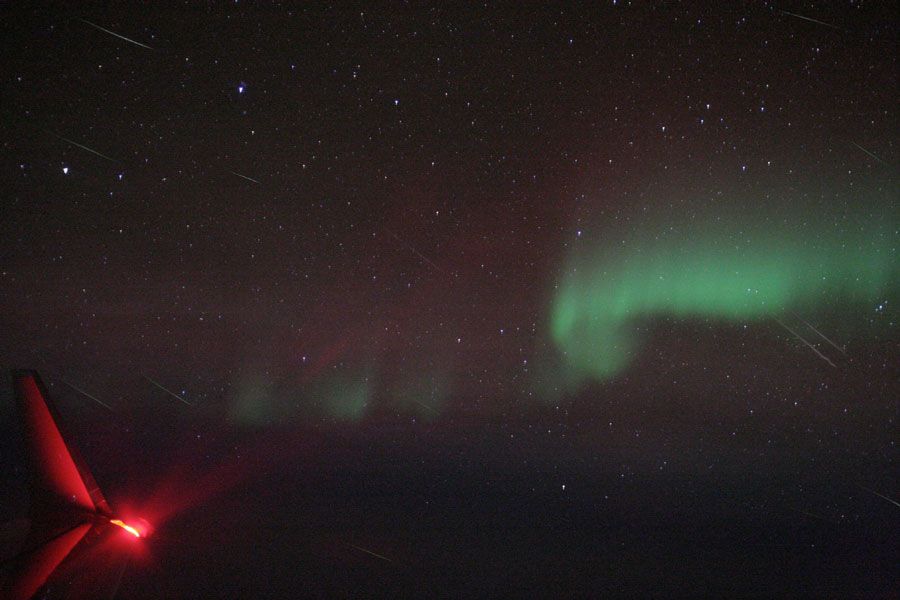 Explanation: Where do meteor showers originate? To help answer this question, astronomers studied in some detail the Quadrantid meteor shower that occurred over this past weekend. In particular, astronomers with specialized cameras flew as part of the Quadrantid's Multi-Instrument Aircraft Campaign (MAC) aboard a NASA DC-8 aircraft above northern Canada over the past few days and studied the Quadrantid meteor shower in unprecedented detail. Pictured above is a composite image combining many short exposures. Visible in the image are the tail of the airplane reflecting a red beacon on the left, green aurora most prominent on the image right, and numerous meteor streaks throughout. Preliminary indications are that the meteor stream is quite stable in time but variable in meteor abundance. Over 100 meteors per hour were visible at the peak from the MAC aircraft. Meteor data from around the world will continue to be analyzed to try to verify Peter Jenniskens's recent hypothesis that minor planet 2003 EH1 is an intermittently active comet and the parent body of the annual Quadrantid meteor shower.

Rays from an Unexpected Aurora