The legendary Academy Award winning special effects and make-up artist responsible for the dinosaurs of Jurassic Park, and the high-tech armored suits worn in the current blockbuster Iron Man has died.

Michael Jackson is sits next to Stan Winston (May 1997 file photo)Stan Winston's career spanned four decades. He died after a seven-year battle against multiple myeloma - a cancer of the blood. He was 62.

He created some of the most memorable special effects in cinematic history, including the shear-fingered looks of Johnny Depp in Edward Scissorhands, Danny Devito's grotesque Penguin in Batman Returns and the human-like, stuffed Teddy Bear of A.I: Artificial Intelligence.

Winston was nominated for 10 Academy Awards and had won four.

He received visual effects Oscars for bringing to life the extraterrestrials of Aliens, the cyborgs of Terminator 2, and the dinosaurs of Jurassic Park. He also won a makeup Oscar for Batman Returns.

Winston's work will also be seen in the upcoming movies Terminator 4 and G.I. Joe.

​
The legendary visual effects maestro Stan Winston passed away last night. The news hasn't hit the mainstream sources yet, but Quint over at AICN confirmed it with a close friend of Winston. He was only 62 years old. Winston won the Oscar four times for his work on Aliens, Terminator 2, Jurassic Park, and AI and most recently worked on the brilliant visual effects in Iron Man. Winston was easily one of the greatest special effects visionaries to ever work in Hollywood and has created some of the most memorable special effects in cinematic history. This is truly a great loss and an incredibly sad day for Hollywood.
His cinematography is vast. Winston is an icon himself who has created countless cinematic legends. In addition to the four films that he won Oscars for, Winston worked on The Thing, Predator, The Monster Squad, Congo, Galaxy Quest, Big Fish, and Constantine. He was currently working with McG on the upcoming Terminator Salvation: The Future Begins. The cause of death hasn't been revealed, however details on this story are currently developing. We will update this story once we confirm more details. You can see much of his fantastic work over at his studio's official website: StanWinstonStudio.com.
This is truly a great tragedy that will affect all of Hollywood. He will certainly be remembered! 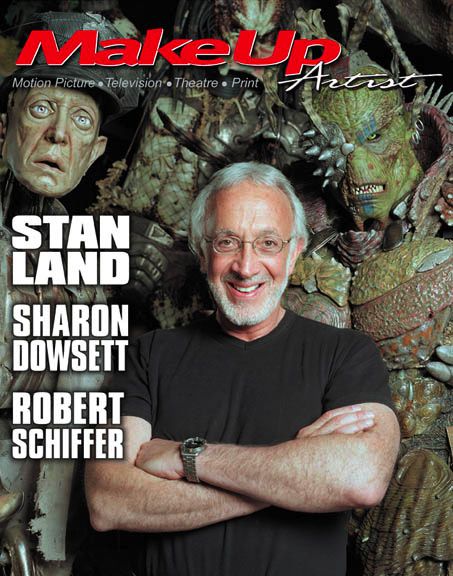 Washington (ChattahBox) - Stan Winston has been known for quite some time as the master of special effects, winning 4 Academy Awards for work on films such as Aliens, Terminator 2, and others. He has died at the age of 62-years old.
Winston passed away on Sunday at his home in Malbu with his family all around him.
He died after a 7-year battle with multiple myeloma.
Winston took the film industry and turned it upside down with his amazing special effects.
He won 4 Oscars in total for the visual effects in the 1986 Aliens, as well as the visual effects and make-up for the 1992 Terminator 2: Judgment Day.
His last Oscar was for the visual effects in 1993’s Jurrassic Park. He also won an Emmy.
He has worked with the greats including Steven Spielberg and others, and he will be missed by all.