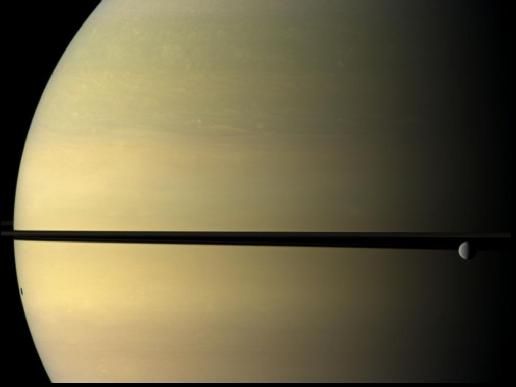 Saturn, stately and resplendent in this natural color view, dwarfs its icy moon Rhea. Rhea (949 miles in diameter) orbits beyond the rings on the right of the image. The moon Tethys is not shown here, but its shadow is visible on the planet on the left of the image. This view looks toward the northern, sunlit side of the rings from just above the ringplane. Images taken using red, green and blue spectral filters were combined to create this natural color view. The images were obtained with the Cassini spacecraft wide-angle camera on Nov. 4, 2009, at a distance of approximately 808,000 miles from Saturn. Image Credit: NASA/JPL/Space Science Institute (More at NASA Picture Of The Day) 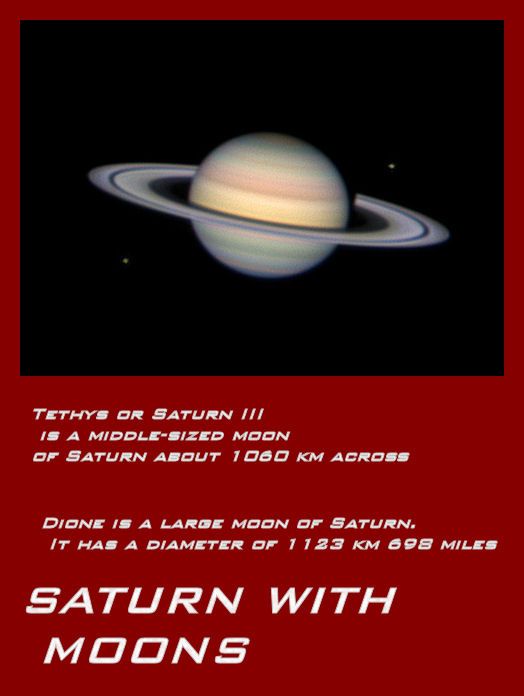