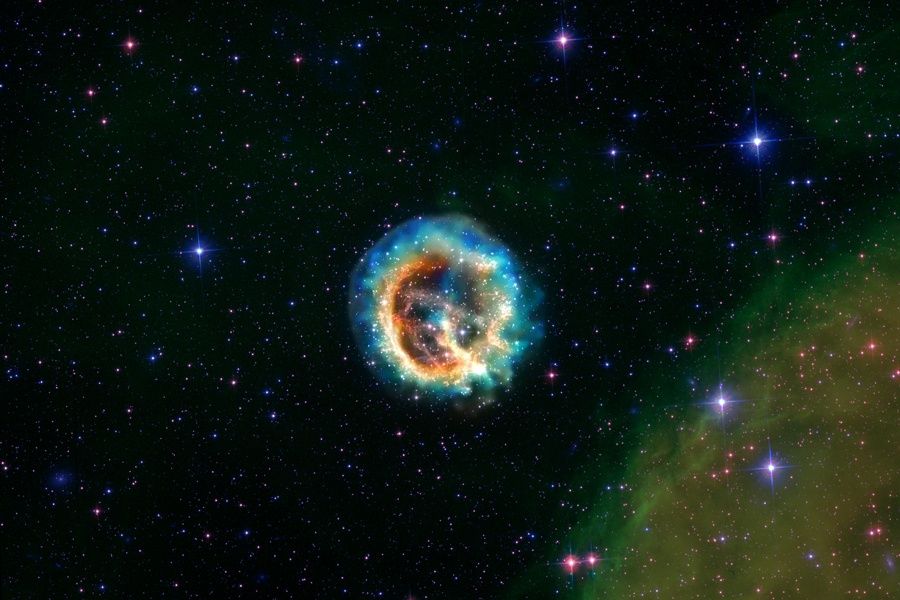 Explanation: The expanding debris cloud from the explosion of a massive star is captured in this multiwavelength composite, combining x-ray and optical images from the Chandra and Hubble telescopes. Identified as E0102-72, the supernova remnant lies about 190,000 light-years away in our neighboring galaxy, the Small Magellanic Cloud. A strong cosmic source of x-rays, E0102 was imaged by the Chandra X-ray Observatory shortly after its launch in 1999. In celebration of Chandra's 10th anniversary, this colorful view of E0102 and its environs was created, including additional Chandra data. An analysis of all the data indicates that the overall shape of E0102 is most likely a cylinder that is viewed end-on rather than a spherical bubble. The intriguing result implies that the massive star's explosion has produced a shape similar to what is seen in some planetary nebulae associated with lower mass stars. At the distance of the Small Magellanic Cloud, this field of view spans about 150 light-years.