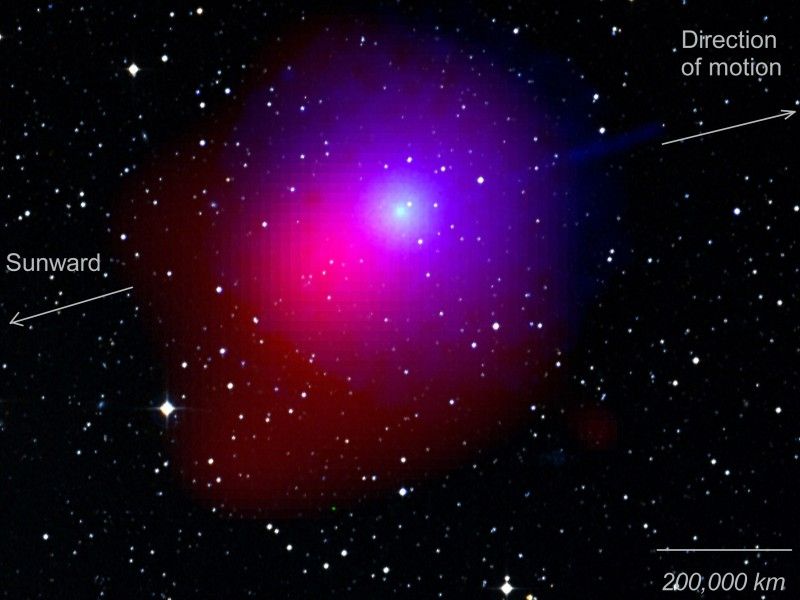 Explanation: Now growing brighter, Comet Lulin is headed for its closest approach to planet Earth early next week. But the comet's greenish glow, familiar to earthbound skygazers, is replaced by false colors in this premier view from the orbiting Swift satellite. Image data from the Swift detectors, normally intended to follow cosmic gamma-ray bursts, were recorded on January 28. The data are combined here, along with a sky survey image of background stars, to show optical and ultraviolet light in green-blue hues and x-rays from the comet in red. The result maps remarkable x-ray emission on the comet's sunward side as incoming solar wind ions interact with gases in the swollen coma. It also shows substantial ultraviolet emission opposite the Sun, in the direction of motion and the comet's tail. The ultraviolet emission is from the OH molecule derived from the breakup of water, an indicator of the copius amounts of water produced by this extremely active comet. In fact, astronomers estimate Lulin was releasing about 800 gallons of water each second, enough to fill an Olympic-size swimming pool in less than 15 minutes.