NASA Picture Of The Day
The Way Home 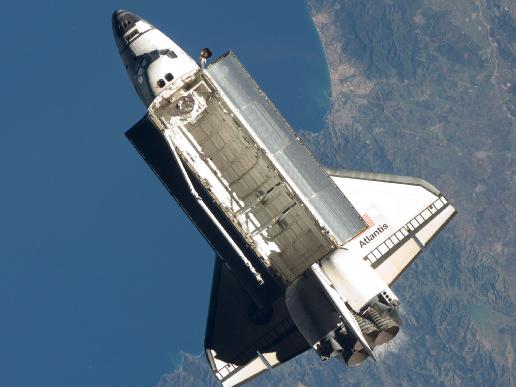 Seen over the Mediterranean Sea, near the Algerian coast, the space shuttle Atlantis is featured in this image photographed by the Expedition 21 crew on the International Space Station soon after the shuttle and station began their post-undocking separation. Undocking of the two spacecraft occurred at 4:53 a.m. EST on Nov. 25, 2009. Image Credit: NASA (More at NASA Picture Of The Day)

Space Making Way for the Next Generation of Spacecraft