NASA Astronomy Picture Of The Day
Venus in the Moon 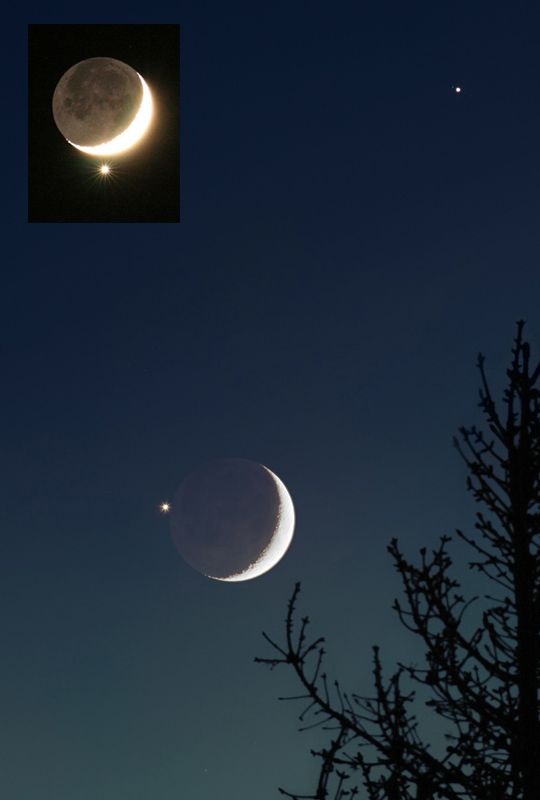 Explanation: On December 1, bright planets Venus and Jupiter gathered near the young crescent Moon, an inspiring celestial scene in early evening skies around the world. But from some locations the Moon actually passed in front of Venus, interrupting the tight grouping with a lunar occultation. Captured from Wildon, Austria, this twilight view shows the silvery evening star about five minutes before it slipped behind the dark lunar limb and vanished from sight for more than hour. The image is a combination of long and short exposures showing details of the lunar surface illuminated by both faint earthshine and bright sunlight. In the inset, recorded later in darkened skies over Breil-sur-Roya in southeastern France, a dazzling Venus has reappeared below the bright lunar crescent. Of course, Jupiter, at the upper right about 3 degrees from Venus and Moon, is sporting moons of its own seen as tiny pinpricks of light on either side of the bright planet.