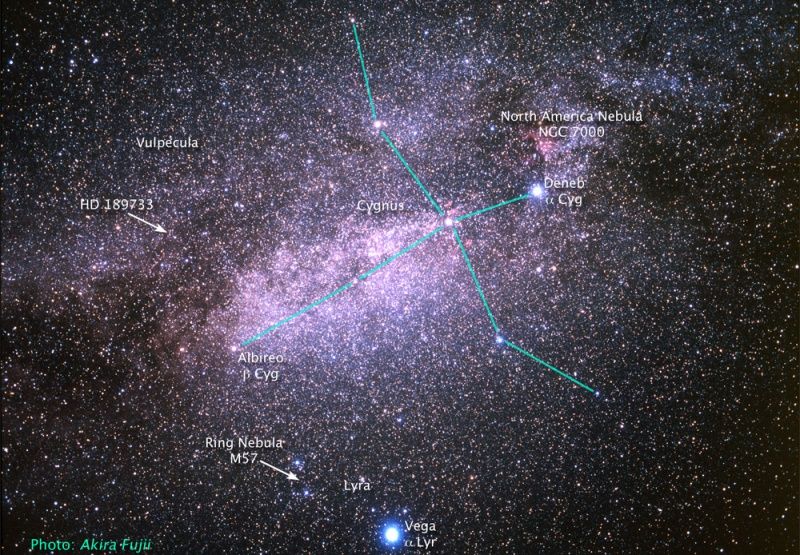 Explanation: The star cataloged as HD 189733 is a mere 63 light-years away. Its location is indicated in this deep, wide-angle image of the sky centered on the northern constellation of Cygnus. Considering the many bright stars, nebulae, and star clusters in the region more familiar to skygazers, HD 189733 may not seem to be remarkable, but it is known to have at least one hot, jupiter-sized planet orbiting very close, with an impressively short period of 2.2 days. Because the planet regularly eclipses its parent star, astronomers can study starlight that passes directly through the planet's atmosphere and identify molecules through spectroscopy. Following the discovery of water vapor in the planetary atmosphere, astronomers now report that Hubble Space Telescope data also indicates the signature of methane (CH4). The exciting result is the first detection of an organic molecule on a planet orbiting another star. Although HD 189733's planet is considered too hot and inhospitable to support life, the work is a step toward measuring conditions and chemistry on other extrasolar planets where life could exist.

Space A Dangerous Summer on HD 80606b

E
Where is AI showing itself today.