Space 10 years since the last space shuttle returned to Earth

Space Shuttle Atlantis returned to Earth on July 21, 2011, marking the end of the space shuttle program for NASA.

A new era of human spaceflight lifted off on April 12, 1981, when Space Shuttle Columbia took to the sky, a new generation of spacecraft that could launch into orbit around the Earth, deliver a large payload into space and then glide back down to land where it could be reused for future missions.


But like all good things, this era came to an end 30 years later when Space Shuttle Atlantis returned to Earth on July 21, 2011, marking the end of the final flight of the space shuttle program.


The space shuttle program was a different direction for NASA with the organization officially starting the initiative in 1972, the same year as the final moon landing. It took years of planning, development and testing before the inaugural flight into space was made in 1981.


“As humanity's first reusable spacecraft, the space shuttle pushed the bounds of discovery ever farther, requiring not only advanced technologies but the tremendous effort of a vast workforce,” NASA said.


The shuttle program is responsible for conducting pivotal missions, including the launch of the Hubble Space Telescope and subsequent service missions, releasing interplanetary space probes such as Galileo and Magellan, and doing the heavy lifting in the construction of the International Space Station (ISS). 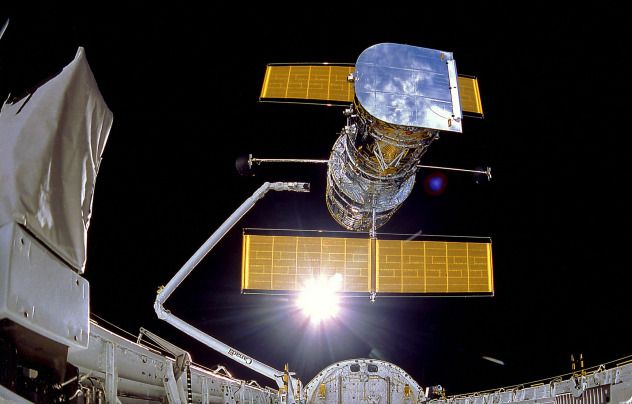 The Hubble Space Telescope being released on April 25, 1990. (Image/NASA)


The success of the program did not come without setbacks, including two disasters that made NASA rethink the entire space shuttle program.


The Challenger disaster on Jan. 28, 1986, and the Columbia disaster on Feb. 1, 2003, claimed the lives of 14 astronauts and forced the fleet to be grounded for extended periods of time.


In 2004, less than 12 months after the Columbia accident, then-President George W. Bush announced that after the completion of the ISS, the space shuttles would be retired.

NASA identifies computer problem on Hubble, says fix will take a few days ‘Mega comet’ 60 miles wide is about to fly through the solar system When is the next solar eclipse in the US?

Space Shuttle Discovery, sometimes referred to as the workhorse of the fleet, made its last trip to space on Feb. 24, 2011, followed by the final flight of Space Shuttle Endeavour on May 16, 2011.


The 135th and final mission of the program was left for Space Shuttle Atlantis, which blasted off on July 8, 2011. 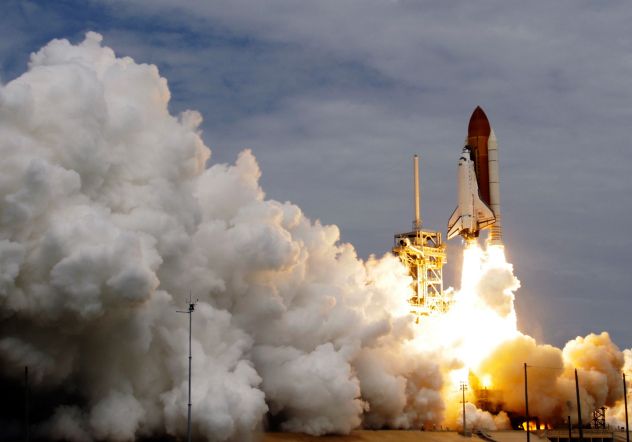 
The final launch was almost delayed due to a poor weather outlook leading up to launch, but despite the 70% chance of unfavorable weather, Mother Nature cooperated for the crew and the nearly 1 million people that gathered in person to witness the historic mission.


The weather was even better for the journey home with Atlantis safely touching down at 5:57 a.m. EDT on July 21.


"Although we got to take the ride, we sure hope that everybody who has ever worked on, or touched, or looked at, or envied or admired a space shuttle was able to take just a little part of the journey with us,” Commander Chris Ferguson said after the landing. 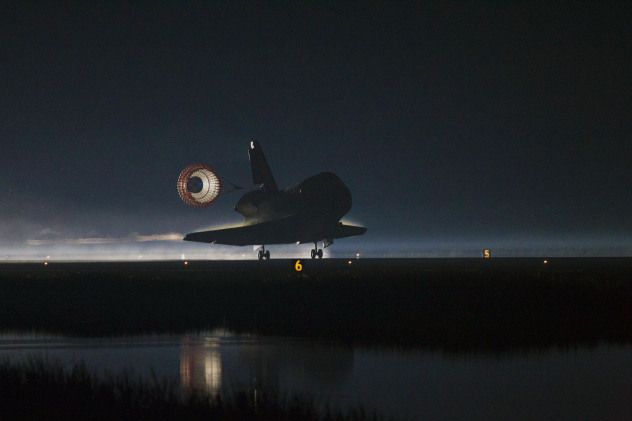 
By the end of the program, the shuttles combined for nearly 21,000 orbits around the Earth, spent more than 1,300 days in space, launched more than 3.5 million pounds of cargo, and gave a lift to 355 astronauts and cosmonauts, according to SPACE.com.


However, the shuttles still had a job after retirement.


Where are the shuttles now?​


After being decommissioned, Discovery, Endeavour and Atlantis were sent across the country to be displayed at various museums for people to see.


Atlantis resides closest to home at the Kennedy Space Center Visitor Complex just miles away from where its engines roared to life and propelled it into space. 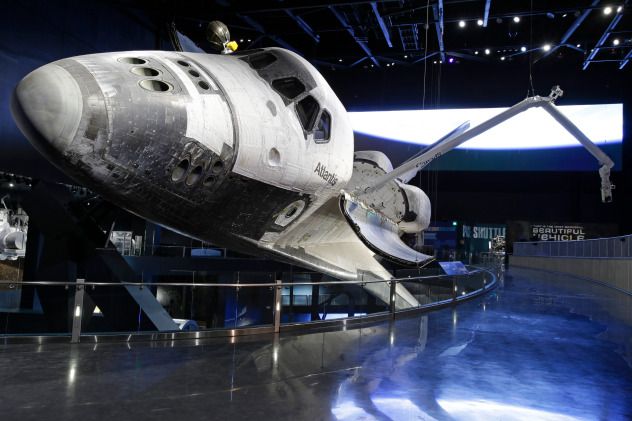 
A drive just a few hours up Interstate 95 leads to New York City, the home of Enterprise. Enterprise was the first shuttle ever constructed but was only ever used for atmospheric test flights and never actually flew in space. Enterprise is on display at the Intrepid Sea Air & Space Museum. 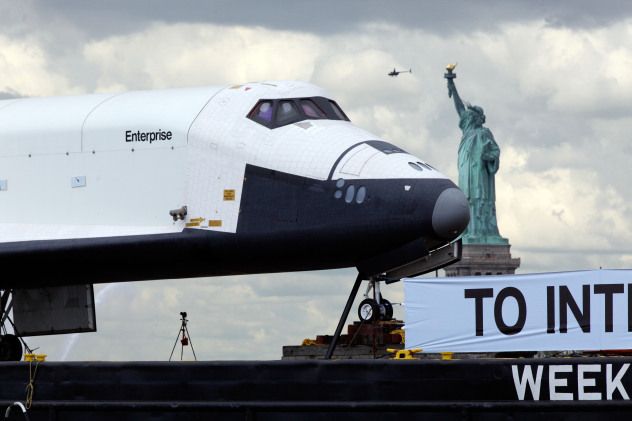 The space shuttle Enterprise passes the Statue of Liberty as it makes the final leg of its journey to its new Manhattan home on the flight deck of the Intrepid Sea, Air & Space Museum, Wednesday, June 6, 2012. (AP Photo/Richard Drew)


Endeavour is the only shuttle on the West Coast at the California Science Center across the street from the L.A. Memorial Coliseum.


Of all of the shuttles, Endeavour had the most challenging journey to its destination. Crews had to navigate the massive spacecraft through urban Los Angeles, which required removing power lines and traffic lights to make enough room for the shuttle.

The Space Shuttle Endeavour slowly moves along city streets on a 160-wheeled carrier in Inglewood, Calif., Saturday, Oct. 13, 2012. After slowly surmounting a key obstacle, the shuttle Endeavour maintained a heading Saturday through the streets of Los Angeles toward its retirement home at a museum. (AP Photo/Jae C. Hong)


Endeavour is currently on display in a horizontal position, but eventually it will be lifted vertically in a new exhibit in a ‘ready to launch’ configuration complete with an (empty) external fuel tank and renovated solid rocket boosters.


This will give visitors an up-close experience of what the shuttle looked like on the launch pad just before blasting off into orbit around the planet.


Keep checking back on AccuWeather.com and stay tuned to the AccuWeather Network on DirecTV, Frontier, Spectrum, FuboTV, Philo, and Verizon Fios.

Staff member
I always regretted not making a better effort to get down to FL to witness a launch in person. Assuming that SpaceX doesn't implode as a company within the next 10 years or so, I'm hoping to be able to see on of their launches at least. I'd even be happy to see one of the SpaceX boosters landing, they still seem a bit surreal.