NASA Astronomy Picture Of The Day
6 Years of Saturn 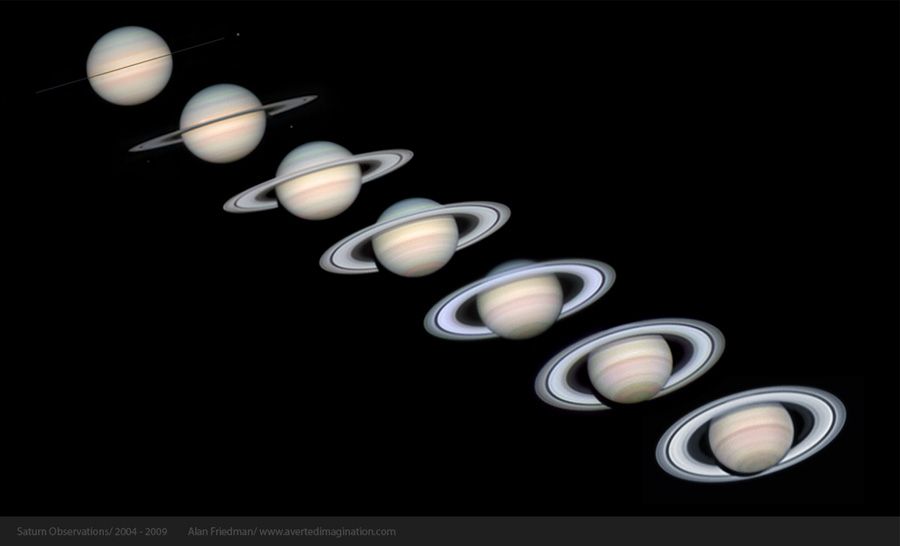 Explanation: Today, planet Earth passes through the plane of Saturn's rings. From the perspective of earthbound astronomers, Saturn's rings will be edge-on. The problem is, Saturn itself is now very close to the Sun, low on horizon after sunset, so good telescopic images will be difficult to come by. Still, this composite of Saturn views taken from 2004 - 2009 (lower right to upper left) illustrates the change in ring tilt over the last six years and includes a nearly edge-on ring view, based on images captured earlier this year. While Saturn's south pole is clearly seen in the sequence, particularly at the lower right, it will be hidden in the coming years. Saturn's north pole will be increasingly visible, along with the tilting rings, as the planet emerges this fall in the predawn sky.

Space In the Shadow of Saturn