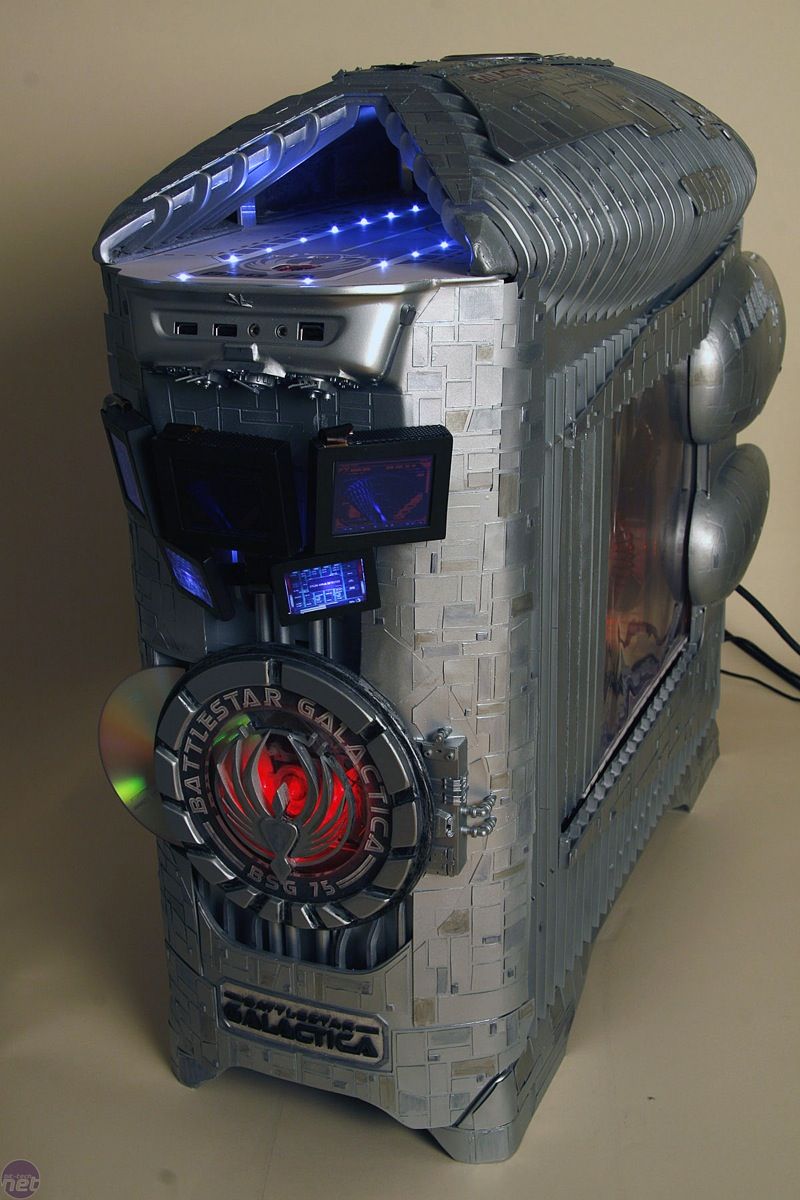 This Battlestar Galactica PC is the most impressive case mods I've seen in a long while, from the front side-loading optical drive player—located behind a laser-cut transparent BSG medallion, so you can actually see the disc spinning—to the opening side bay to see the interior of the PC to the front LCD screens to the top spacecraft carrier bay, with functioning runway lights. Or maybe I have such BSG withdrawal symptoms that I find it cool no matter how tasteless it really is. In any case, the amazing craftsmanship its undeniable, as the extra shots clearly show. Updated: found two videos on how the disc drive and the carrier bay works 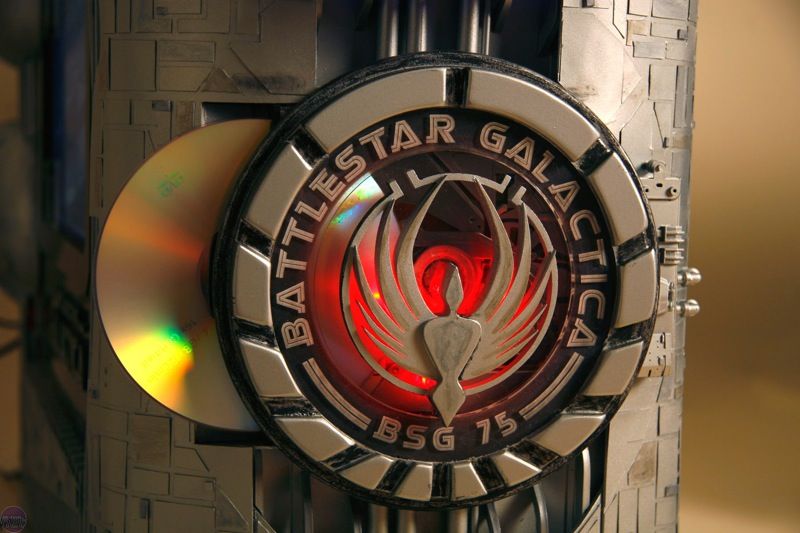 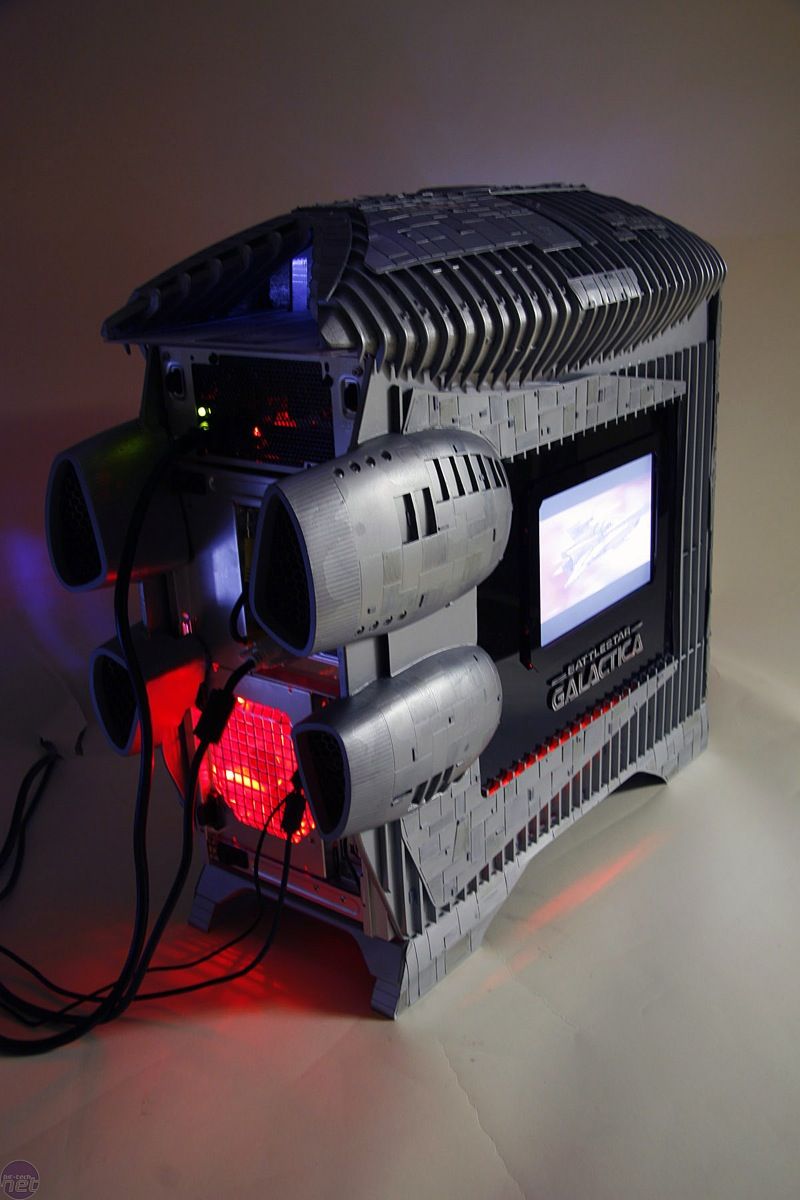 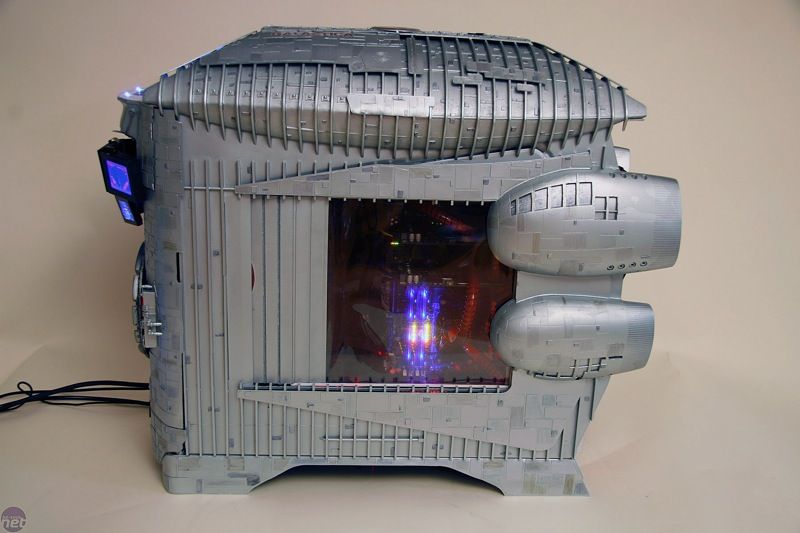 The Medallion was laser cut in separate layers and pieces, then glued together. Red LEDs were added behind the bird inset to illuminate the dvd drive and provide a nice backlit effect.

Yeah, it's really horrible, but I really miss Starbuck. Hit the link for a detailed report and gallery. [Bit-Tech]

Amazingly detailed. I could see a production model case being based upon that and selling really well.

Of course, then I would have to justify to the why I am building a new rig at the house.