Staff member
CNN has a story about a new helicopter that the Chinese military is working on called the "Super Great White Shark" and... it's a UFO.

It was posted this week, October, so it's not an "April Fool's" joke and it was on display at a Chinese helicopter expo so either this is a real project being worked on or somebody in China is having a big laugh right about now.

Then again... the Chinese military isn't exactly subtle about stealing copying designs from the West so perhaps what we're seeing is a knockoff of an actual "UFO" that another country is flying? 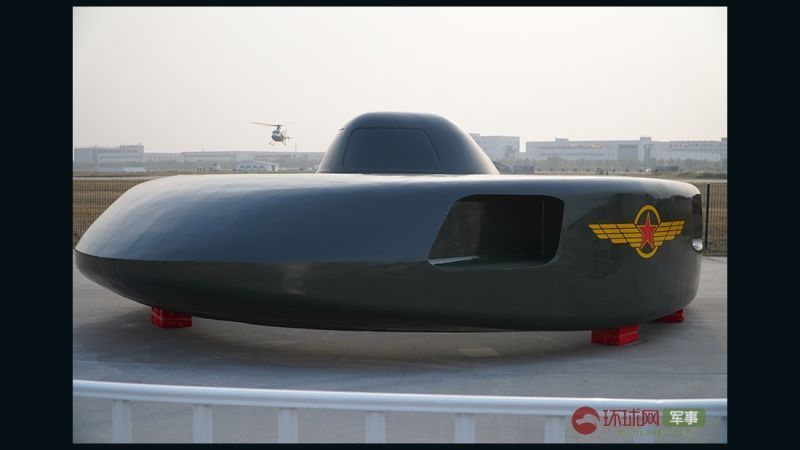 China has been unveiling a lot of new weaponry lately, but one of their latest reveals looks really, well, out of this world. 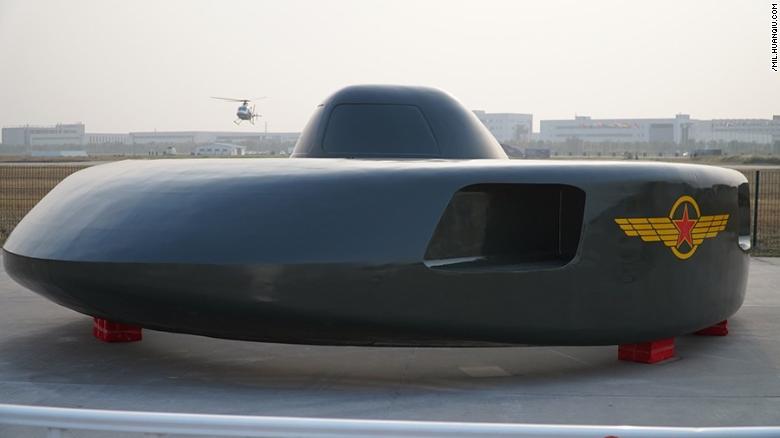 ​
China has been unveiling a lot of new weaponry lately, but one of their latest reveals looks really, well, out of this world.​
​
Called the "Super Great White Shark" by Chinese media, the aircraft conjures up images of 1950s sci-fi movies more than 21st century technology. But China says the "armed helicopter" was designed for the "future digital information battlefield."​
​
State-tabloid the Global Times published an image gallery of the aircraft, calling it a fusion of modern, proven helicopter designs -- such as the American AH-64 Apache and CH-53 Sea Stallion as well as the Russian Ka-52 and Mi-26 copters. It also has the blended-wing design employed by stealth aircraft, including the US B-2 bomber.​
​ 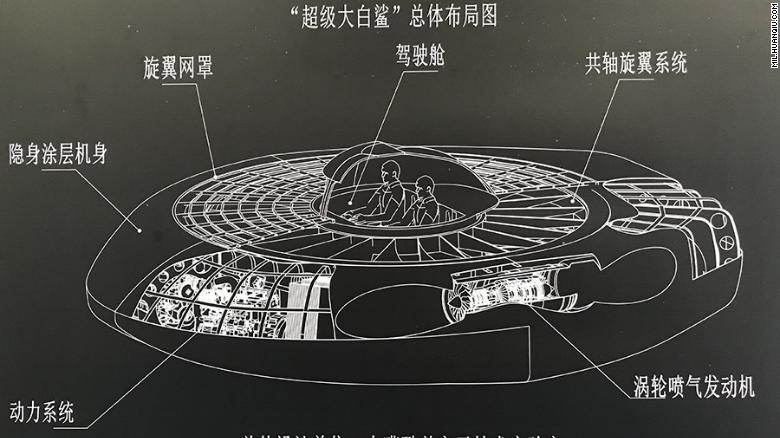 ​
The Super Great White Shark is 7.6 meters (25 feet) long, almost three meters (10 feet) high and has room on board for two crew. Schematic drawings show its outer shell covers rotors and engines, which would presumably give the helicopter stealth capability because any sharp angles would be covered, making it harder for radar to detect.​
​
The prototype was displayed last week at the China Helicopter Exposition in Tianjin. It was a static display only.​