Endeavour into the Night 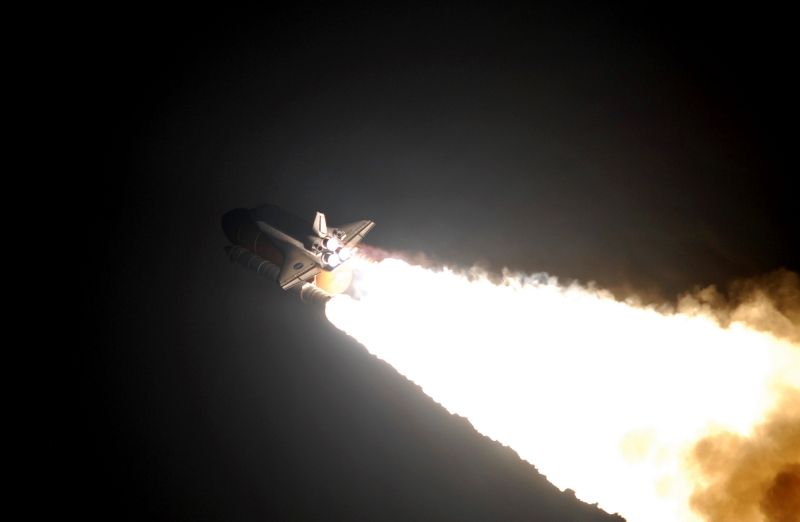 Explanation: Blasting into a dark night sky, the Space Shuttle Endeavour began its latest journey to orbit in the early morning hours of March 11. In this stunning picture following the launch, the glare from Endeavour's three main rocket engines and flanking solid fuel booster rockets illuminates the orbiter's tail section and the large, orange external fuel tank. Embarking on mission STS-123, Endeavour left Kennedy Space Center's pad 39A, ferrying a a crew of seven astronauts to the International Space Station (ISS). The cargo included the first section of the Japan Aerospace Exploration Agency's Kibo laboratory and the Canadian Space Agency's two-armed robotic system. Astronauts will conduct a series of space walks to install the new equipment during the 16-day mission, the longest shuttle mission to the ISS.

Space Into the Night

Space Endeavour in the Moon