EU court knocks down Lego's efforts to protect its bricks

EU court knocks down Lego's efforts to protect its bricks 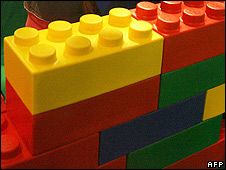 The Danish toy maker Lego has lost a court battle to protect its iconic plastic bricks.
The EU's Court of First Instance on Wednesday upheld a 2004 EU decision to cancel the brick's trademark status.
The trademark was registered in the EU in 1999, but rival Canadian toy firm Mega Brands - which makes Mega Bloks - successfully challenged it.
The EU's trademarks agency said the brick was a functional, technical shape that was not one company's property.
Lego spokeswoman Charlotte Simonsen said Lego would appeal against the ruling, taking the case to the EU's highest court, the European Court of Justice, the AFP news agency reported.
The judges rejected Lego's claim that its competitors do not need to copy the brick's shape in order to get the same technical result. They said "the functional shape itself must be available to everyone"This article is from the BBC News website. © British Broadcasting Corporation

Staff member
And I thought it was just the US trademark office that made some stupid decisions!

I can see how the general shape of a brick, with flat sides, could be considered a functional shape but how many bricks are there in real life that happen to have 8 stubs on top that allow or interlocking in the same fashion as a Lego brick?

I hope that this decision does not open the floodgates of Lego clones from China that will eventually lead to the dilution of the Lego brand.

The Power of Lego Bricks