Overview: A Wyoming sheriff rebuilds his life and career following the death of his wife. Based on the “Walt Longmire” series of mystery novels written by best-selling author Craig Johnson. 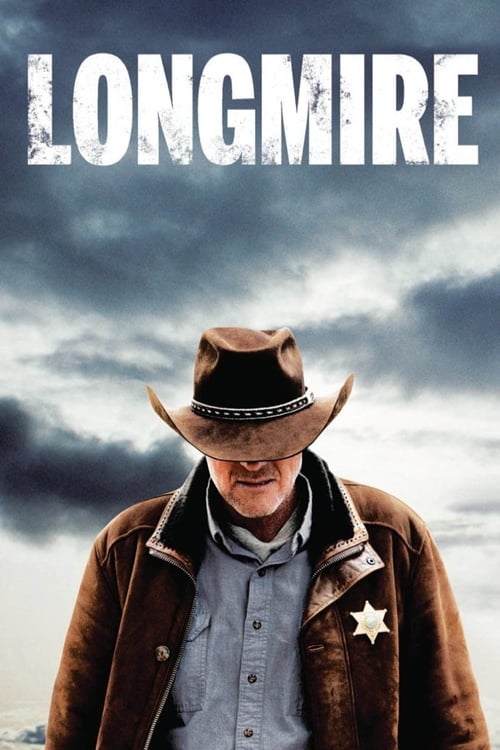 Staff member
Anybody else a fan of Longmire on AMC? It is based on a series of "Walt Longmire" books by Craig Johnson and centers around a sheriff of a Wyoming county after his wife's death. His best friend is a Native American whom has a strong influence on Longmire's life and he is often at odds with his own daughter, especially with the details of her mother's death.

It stars Robert Taylor (The Matrix), Katee Sackhoff (Battlestar Galactica), and Lou Diamond Phillips (La Bamba) with appearance by Peter Weller (RoboCop) and Gerald McRaney (Simon & Simon). Just watching Longmire alone you'd be hard-pressed to recognize Taylor as one of the Agents from The Matrix as he sounds & looks so different.

Season 3 has just started this week. If you like good dramas add this one to your 'binge watching' list to catch up.

Staff member
Anybody else watching? Looks like the mystery surrounding Walt's wife might be finally resolved this season.

Staff member
And another show I liked has been cancelled. A&E just dropped Longmire.

I watched this one to see Katee Sackhoff.

Haven't seen season 3 yet though.
But I'll get starting on it soon.

Too bad it got cancelled. It's a good show.

s.k said:
I watched this one to see Katee Sackhoff.
Click to expand...

I... uh... may have watched the first episode for that same reason.

The producers are trying to shop it around it other networks, no word yet on how that's going. It's just mind boggling that it was A&E's highest rating drama and they cancelled it.

Kevin said:
The producers are trying to shop it around it other networks, no word yet on how that's going.
Click to expand...

The producers of Longmire are in negotiations with Netflix about a fourth season. Too early yet to tell how the talks are going or if it'd only be for one more season or not.

Hope they will sorted it out. Would love another season or two.
I read somewhere that the producers was still optimistic and that they thought it would be another season.

But who knows in this business...

s.k said:
Hope they will sorted it out. Would love another season or two.
Click to expand...

Confirmed, Netflix will be doing a 4th season!


Netflix, the worlds leading Internet TV network, has ordered a fourth season of the hit drama Longmire, from Warner Horizon Television. Ten new episodes of the series will premiere exclusively in the US, Canada, Australia and New Zealand in 2015.

“When Warner Horizon Television came to us with the idea for a new season of Longmire, we were intrigued because the series is so unique, and consistently great. We are thrilled to help continue Walt Longmires story for his large and passionate following,” said Cindy Holland, Vice President of Original Content at Netflix.

In a joint statement, the Longmire executive producers said: “Were excited and honored to have the opportunity to bring this show that we love so much, and all its devoted fans, to Netflix.”

Season four of Longmire picks up moments after season threes exciting finale. Walt Longmire (series star Robert Taylor), having found out who was behind the murder of his wife, succumbs to his darker impulses and takes off in pursuit of the killer with murder on his mind. Meanwhile, Branch Connally (Bailey Chase), the deputy who Walt fired for erratic, violent behavior, believes he has already figured out who the real culprit is. But during his confrontation with this suspected killer, a gun goes off. Now the audience will finally learn what happened, and whether Walt can be stopped before he makes a fatal choice.

Staff member
The fourth season is arriving September 10th on Netflix. For those who remember the season three finale, skip over frame 1:07 of the S4 trailer because they may have accidentally revealed a spoiler.

Staff member
Just finished season four of Longmire; at just 10 episodes it was easy to go through while working from home for a few days.

If you've watched S3 then you'll be happy to know that S4 picks up immediately after the S3 ender and the very last scene of S3 is resolved in the first few episodes of S4. With the major conflicts of prior seasons wrapped up S4 introduces some new adversaries and some rough times for Henry.

... and that was good! Hopefully Netflix will do a S5 as they ended S4 with Walt in a pretty dark place.

Staff member
S6, the last season of the series, will be available on Nov. 17.

It's a good show, just a shame more people weren't watching it.