NASA Astronomy Picture Of The Day
Lulin and Saturn near Opposition 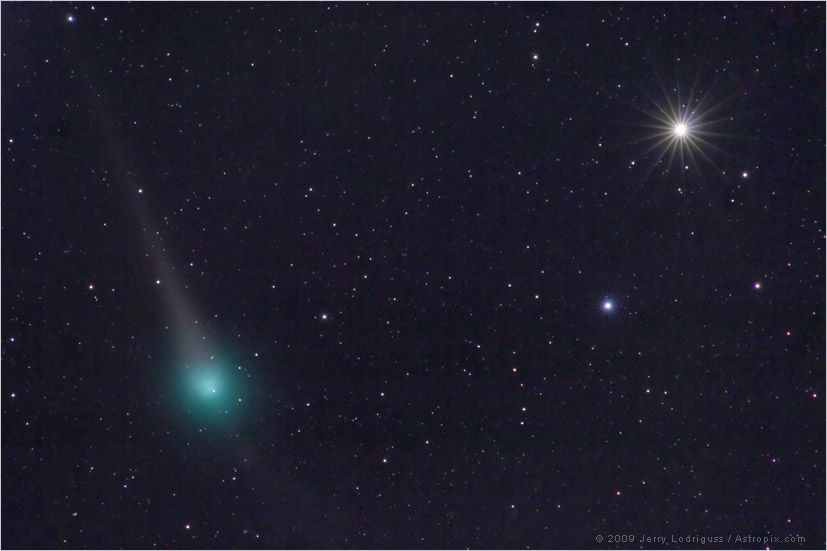 Explanation: Tracking through the constellation Leo on February 23rd, bright planet Saturn and Comet Lulin were both near opposition -- opposite the Sun in planet Earth's sky. They also passed within only 2 degrees of each other creating a dramatic celestial photo-op. Comet Lulin was near it's closest approach to planet Earth at the time, at a distance of some 61 million kilometers, but was orbiting in the opposite direction. As a result it swept remarkably rapidly across the background of stars. This telephoto image captures both bright Saturn and greenish Lulin in the same field in a scene not too different from binocular views. Don't recognize ringed Saturn? The rings are presently tilted nearly edge-on to our view and the brighter planet is overexposed to record details of the fainter comet. At the upper right, Saturn is marked by multiple diffraction spikes created by the aperture blades in the telephoto lens.