NASA Picture Of The Day
On Guard 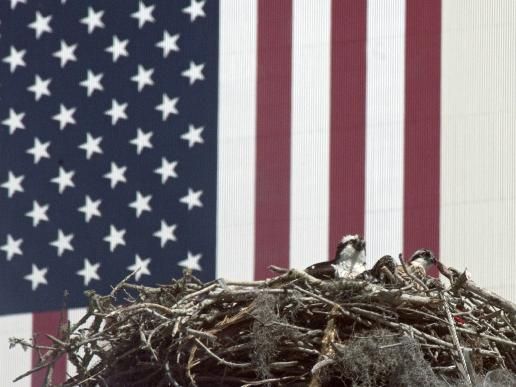 At NASA's Kennedy Space Center in Florida, an adult osprey guards its young in a nest built on a platform in the press site parking lot, backdropped by the 209-foot by 110-foot American flag painted on the side of the Vehicle Assembly Building. The Merritt Island National Wildlife Refuge coexists with Kennedy Space Center and provides a habitat for 330 species of birds, including the osprey, and a variety of other wildlife. Kennedy's press site is located at the turn basin in Launch Complex 39, making it an ideal osprey nesting place. Image Credit: NASA/Jim Grossmann (More at NASA Picture Of The Day)