Space Preparing for the Shuttle Mission

NASA Picture Of The Day
Preparing for the Shuttle Mission 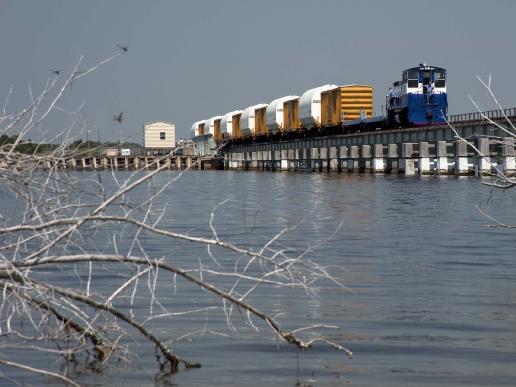 The NASA Railroad transported the last space shuttle solid rocket booster segments over the Indian River on the 13-mile trip from the Jay Jay Rail Yard in Titusville, Fla., to NASA's Kennedy Space Center. Six cars transported the segments along the Florida East Coast Railway, which began at the ATK solid rocket booster plant in Promontory, Utah. The booster segments will be used for shuttle Atlantis on what currently is planned as the "launch on need," or potential rescue mission for the final shuttle flight, Endeavour's STS-134 mission. Image Credit: NASA/Kim Shiflett (More at NASA Picture Of The Day)

Space Preparing for the Next Mission