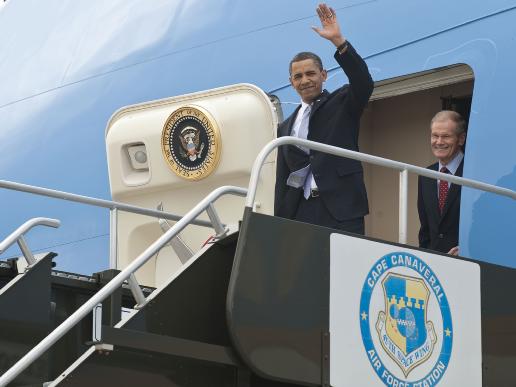 President Barack Obama waves hello as he exits of Air Force One along with Senator Bill Nelson after landing at the NASA Kennedy Space Center in Cape Canaveral, Fla. on Thursday, April 15, 2010. Obama visited Kennedy to deliver remarks on the bold new course the administration is charting to maintain U.S. leadership in human space flight. Image Credit: NASA/Bill Ingalls (More at NASA Picture Of The Day)