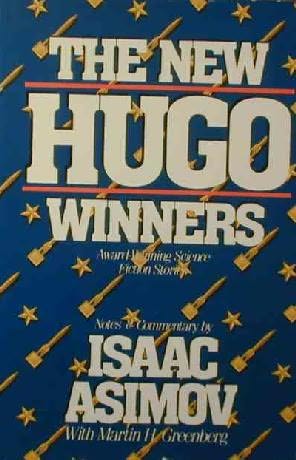 This book is the 1989 edition of Asimov's infrequent round-up of short form Hugo winners It contains the winners for the Hugo Award in the categories of Best Novella, Novelette and Short Story only, for the years 1983, 984 and 1985. The stories speak for themselves, and here they are:

Souls, by Joanna Russ (1982): Science fiction in the 1970's was going through one of those strange periods that it has found itself in a few times in its history. You know the kind, because we are going through another one right now. A period where there is no guiding light and many authors were just kind of flailing around, trying to find something big to write about. It was between the New Wave of the 1960's and the Heinleinian resurgence and Cyberpunk era of the 1980's. But there was one active literary movement back then: Feminism. It was the time of ERA and feminist ideals, and many of those found excellent expression in SF. Joanna Russ is one of my favorite authors from that era...Please click here, or on the book cover above, to be taken to the complete review..

The Foundation "Trilogy," by Isaac Asimov