Staff member
(Article by Harry Pettit at The Sun)

The conspiracy nuts reckon they’ve found a grimacing face carved into the ice at a remote region in the southeast of the island. 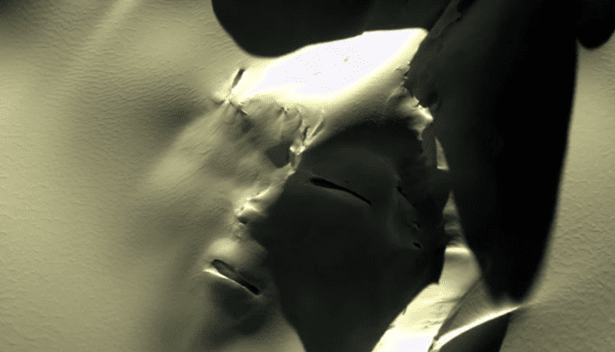 It shows a man zooming in and out of a satellite snap on Google Earth.

The snow in view appears to have the shape of eyes, a nose and a mouth. The mouth appears to be contorted in a terrifying grimace.

The strange image sparked a frenzy online, with some claiming it’s evidence of a hidden civilisation. 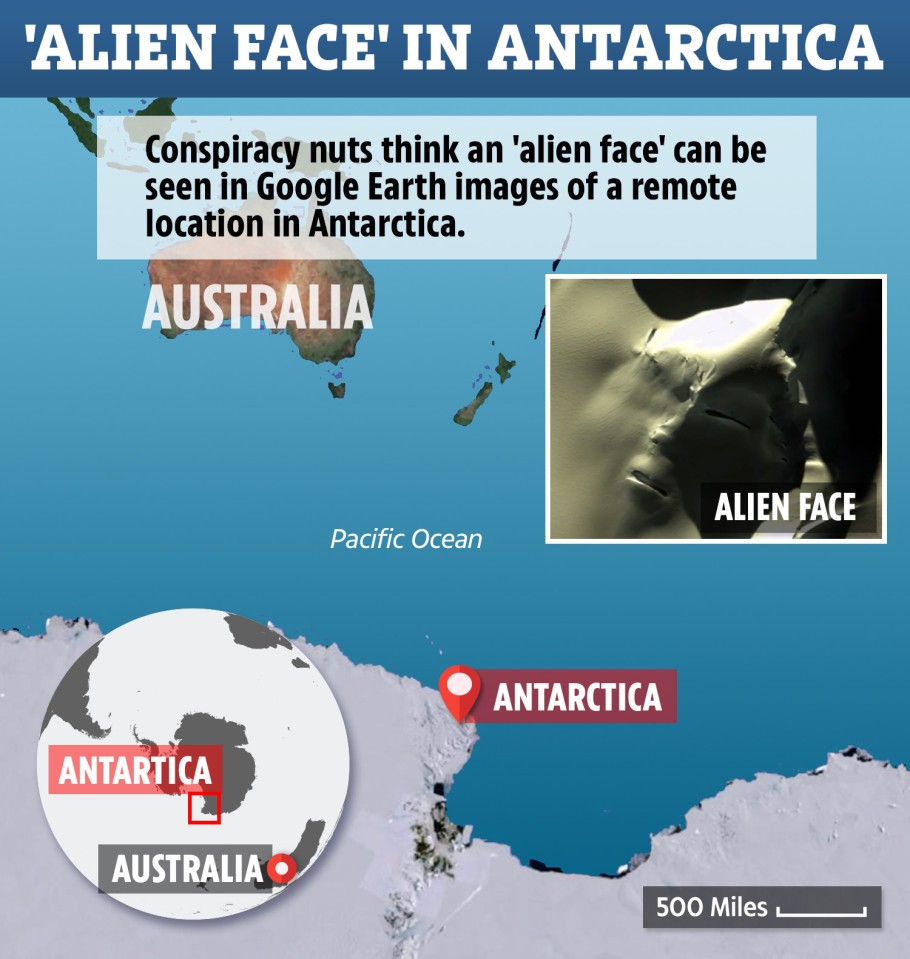 Bonkers conspiracy theorists have long claimed that an ancient civilisation – possibly of alien origin – lived or still lives under the Antarctic ice.

“It appears to be a massive, ancient structure of some kind of face that is being revealed for the first time on Google Earth,” Blake said in his video.

“I would have to concur that whatever we’re looking at resembles some sort of megastructure.”

Brett added: “Could this be something that was left behind by the ancient civilisations of Antarctica?

“Ice melting could be revealing structures that would baffle the world.”

Around 90,000 people have watched the original Instagram footage of the Antarctic face.

One user quipped: “That is not a natural thing that mother nature made by wind and cold. Looks like a Viking. Metal helmet with the nose piece running down the upper part.” 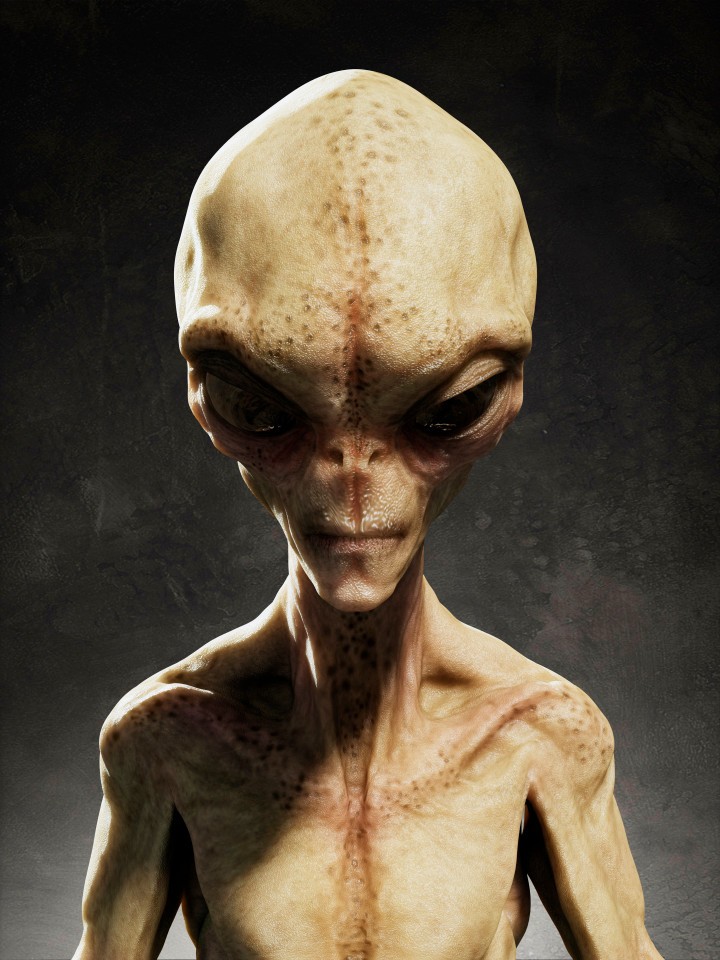 Another said: “No mind trick, that’s definitely a face.”

Others were more sensible in their approach. One explained: “This is purely natural and random. Looks like ice with cracks.”

The find is most likely the result of pareidolia, a bizarre effect which causes the brain to see shapes, structures and patterns where they do not exist.

According to Nasa: “Pareidolia is the psychological phenomenon where people see recognisable shapes in clouds, rock formations, or otherwise unrelated objects or data.

“There are many examples of this phenomenon on Earth and in space.”

This is not the first time conspiracy nutters have made outrageous claims about satelite snaps.

Back in April, one prominent UFO-hunter claimed to have found an alien sculpture of a nude woman on a distant asteroid.

In March, he said he’d found a carving of the Ancient Greek philosopher Socrates on a mound on Mars.

In other space news, Nasa’s manned mission to Mars could be delayed by 25 years as experts warn of radiation, health scares and food shortages.

Japan is ready to mine Mars’s largest moon after successfully completing all of the compulsory space contamination paperwork.

Nasa managed to record the incredible sound of a ‘Marsquake’ – which you can listen to here.

What do you think of the bonkers UFO claims? Let us know in the comments!

We pay for your stories! Do you have a story for The Sun Online Tech & Science team? Email us at tech@the-sun.co.uk

Staff member
If this is from Google Earth, anybody know what the coordinates are? Anybody should be dial up the same image then.

check out the triangles project @ satellitediscoveries.com...there is other coolness there too...b

In Search of Earth Visitors