Will Max Payne turn out to be the videogame hero that finally breaks the bad movie curse?

Opening Friday, the Mark Wahlberg action picture is being touted as the weekend's likely box office champ, but critics are severely underwhelmed and fan reaction is mixed.

His take? Strip the videogame down to its essential elements, then craft a compelling story.

"The game is very visually cinematic, but it also takes eight to 12 hours to beat, so there was way too much material and information for a movie," Thorne said in a studio briefing. "I tried to learn everything about what was in the game and then tried to figure out ways to simplify and streamline it. The challenge was to figure out how to stay faithful to the original material, but at the same time propel it forward so it works as a taut thriller."

Payne follows a long line of Hollywood stinkers that failed to translate such interactive thrills into awesome cinema. Angelina Jolie's Lara Croft: Tomb Raider came close in 2001 to cracking the code, but since then, videogame-based movies like Resident Evil, House of the Dead and Hitman failed to win over skeptics.

I don't know about this one. Visually it looks great but the basic story line, a cop who goes dark after his wife & child are brutally killed, just reminds me too much of The Crow. It is hard not to make the connection between the two movies when the trailers for Max Payne prominently feature the large winged creatures.

Starring:
Mark Wahlberg
Review:
It doesn't look, sound or resonate like a movie, so what is Max Payne? It's a videogame, people, masquerading as cinema and yet one more blight on pop culture. Mark Wahlberg has followed his deserved Oscar nomination for The Departed with questionable choices, such as Shooter and The Happening. But this is a career low. Max Payne is a dank, dispiriting cop flick that merely requires Wahlberg to wear a scowl that could have been painted on digitally with more expressiveness. Wahlberg's Max is an NYPD washout reduced to handling cold cases, like the murder of his wife and child. Out for revenge, Max joins forces with Russian assassin Mona Sax (so sad to see Mila Kunis, the romantic highpoint in Forgetting Sarah Marshall, stuck in this dreck), who is equally vengeful. It seems that the same...
Rating: 1 Stars
Click to expand...

I still have yet to see it, but a few friends have been saying I should.

Not enough bullet time in the trailers for me though.... 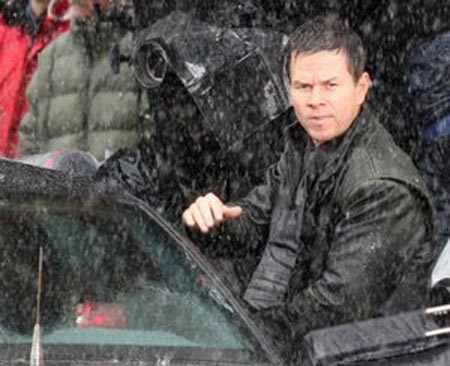 First of alll I have to say that there is absolutely no emphasis on watched/unwatched, played/unplayed in this opinion on the movie.

I'm not going to draw ties between the two. I'm going to simply review my experience of watching the film, as a standalone.

Everything seemed to be going fine till the politically sensitive war on terror interrupted the filming with the wonder drug. Then it became a drugs den attack and convoluted betrayal of close characters.

But the end? What can we make of this? Max Payne uses the very drug that is contentious to all involved merely to survive, then gets out of control
yet seemingly managing to beat down the bad guys to the point where he wins against all odds. The film ends. Or does it? Max Payne has been shot to hell and back yet seems to recover fully and live in the world of his halucinagenic dreams. Just what is happening? I couldn't figure out the end and I can normally follow most convoluted storylines.

Staff member
Apparently Payne star Mila Kunis is a WoW player but was not so good at the Payne game.