Staff member
(Article by Alexandra Lozovschi at The Inquisitr News)

Former NASA astronaut Leland Melvin recently confessed that he had a bizarre encounter in space during one of his Space Shuttle missions, reports the British media outlet Metro.

The story was also picked up by the Daily Mail, which states that the strange sighting happened while Melvin was orbiting Earth aboard the Space Shuttle Atlantis.

Everything transpired last week on Twitter, in a conversation between Melvin and Scott C. Waring, who runs the site UFO Sightings Daily. When asked by Waring if he had ever seen a UFO, the former astronaut admitted to having witnessed something peculiar in Earth’s orbit.

According to his description, he caught a glimpse of “something organic, alien-like” floating in space right next to the spacecraft’s payload bay.

“I have not seen one [a UFO] in space or on the ground, but thought I saw something organic/alien like floating out of the payload bay,” Melvin shared on Twitter.

Staff member
What gets me is the "organic" part... so something exposed to space with no protection? That would have to be one heck of an alien!

I'm guessing it was a small leak in a waste holding tank, or food tank, or sci-fluid expierment tank leak, floating round the cargo bay. Its possible. If it were a spacy critter, it wouldn't survive in space with out a suit or a spacy craft.... 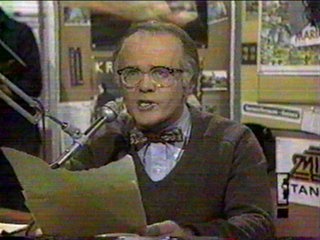 Writer
There were several on Star Trek. Wonder which one he saw?

Aliens NASA and the UFOs