Plot: Marvel's hard-boiled hero is brought back to fight the menace of Hydra after exiling himself in the Yukon since the end of the Cold War. The children of the former Hydra head, Baron Von Stucker, have taken charge of the terrorist organization. Under the lead of his vicious daughter, Viper, Hydra has seized a deadly virus and threatens the destruction of America. 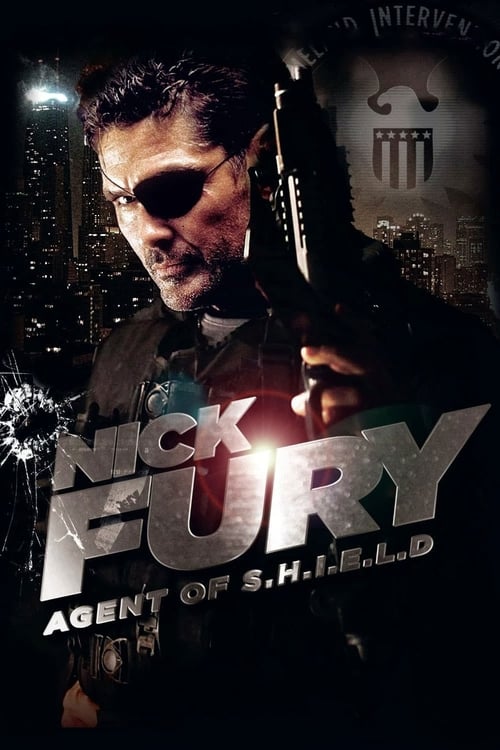 Looks like “Iron Man” is gonna have a bit of competition…in the DVD section of Best Buy, that is.

For all you Marvel Zombies out there who drew a big, red circle around September 30 on your calendars as a reminder for when the “Iron Man” DVD — jam-packed with super-cool extras — will be hitting stores, you might wanna bring some extra cash along. Best Buy has announced that they will be offering an exclusive DVD of the 1998 “Nick Fury: Agent of S.H.I.E.L.D” film, starring the one and only David Hasselhoff.

Written by David S. Goyer (”Batman Begins” and a slew of other comic-based films) and produced by Avi Arad and Stan Lee, the film centers around Nick Fury (played by The ‘Hoff) , former director of S.H.I.E.L.D., who is called out of retirement after his longtime nemesis, the dangerous and sexy Viper, threatens to destroy Manhattan. The film originally premiered on Fox back in 1998 and was subsequently rebroadcast on The Sci-Fi Channel, and despite garnering less-than-stellar reviews, has become a cult classic among hardcore comic fans.

Have you ever seen “Nick Fury: Agent of S.H.I.E.L.D.?” Will you be getting this DVD along with “Iron Man,” or do you think The Hoff’s portrayal of Fury is best left forgotten (or at least overshadowed by Sam Jackson’s take)? Let us know in the comments.
Click to expand...

Staff member
HHhmm... I thought I wrote about this a few weeks ago but I can not locate the thread.

Yes, I sat through watching all of this movie. And it was horrible. If it indeed has become a "cult classic" then I can only assume it is in a bad kind of way... sort of like how sometimes a movie can be so bad that you just have to watch it when it comes on.

Thanks for letting us know the DVD was coming out. now I'll make sure I wont even be on the same street as Blockbuster today

AlexM said:
Thanks for letting us know the DVD was coming out. now I'll make sure I wont even be on the same street as Blockbuster today
Click to expand...

I am just flabbergasted that Marvel is even allowing this monstrosity of a movie to be released.

Considering how Samuel Jackson played a recent cameo as the same character, and is rumored to be a possible spin-off movie, I would think that Marvel would want the Hasselhoff version to be buried & forgotten about.

When it hits DVD, add it to your rental queue.

Three phrases that should never be spoken together describe this film.... David Hasselhoff... Lisa Rinna... both of them running around wearing leather pants.
D

Im gonna check this out.

How bad? Well pretty bloody awful as it turns out, and them some. And yet, I dont seem to be able to stop watching it every time it is on, which is more often than you might think. I would recomend it, if only to see if anyone else finds it as embarrassingly enjoyable.

kirksrug said:
... I would recomend it, if only to see if anyone else finds it as embarrassingly enjoyable.
Click to expand...