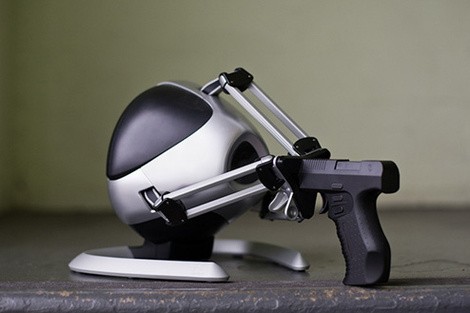 It has been almost a year since we first heard that Novint would add a pistol grip accessory to their 3D Haptic Joystick - but the update has yet to hit the market. Nonetheless, Wired got a chance to play a few FPS games with the add-on and were blown away by the level of feedback and control, saying that it completely changes the experience. Targeting was precise, and each gun used in the game takes on a different recoil intensity - which can sometimes be violent when dealing with high caliber weapons. There is also a steep learning curve with the haptic controls.

More and more games are adding support for haptic controllers, so gamers interested in the experience will have a lot of choices down the line. However, we are still waiting for the pistol grip add-on. Let's just hope that it makes it out of the gate by the end of the year. When it is finally released, the grip is expected to retail for $20. [Wired]

Did they ever make a Gundam Wing game?