Tagline: You can't go back.

Plot: A group of friends stumble upon a mirror that serves as a portal to a "multiverse", but soon discover that importing knowledge from the other side in order to better their lives brings increasingly dangerous consequences. 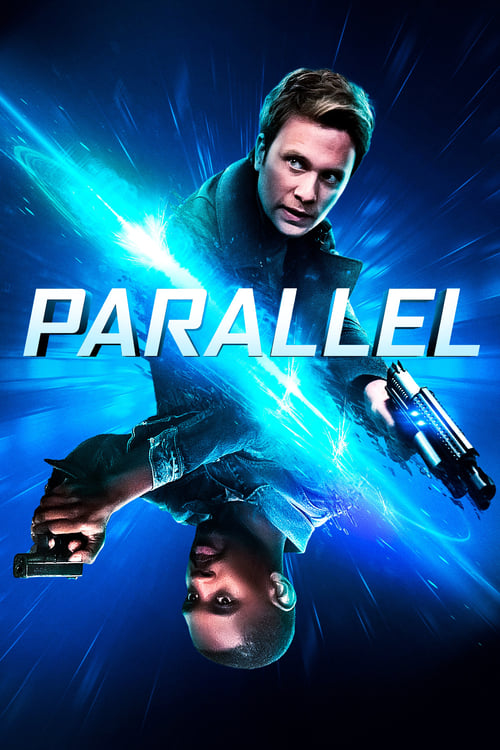 A group of friends stumble upon a mirror that serves as a portal to a "multiverse", but soon discover that importing knowledge from the other side in order to better their lives brings increasingly dangerous consequences.

This film just came out despite the IMDb date.
I found this film to be quite entertaining but it only gave a limited view of the possibilities of 'multiverse'.
IMDb rating is currently 5.8 stars out of 10 with 520 voters.
My rating is a strong 7 possibly a low 8.

All acts of creativity are the source for all invention and innovation. If creativity is what sets the dimensions apart, nothing would be similar and there would be no such thing as parallel dimensions.
Parallel lines (=) are two lines which are the same. For there to be a duplicate of their dimensional selves in another dimension which creativity is the difference is more than highly unlikely. Not only may they not have been born, they may not be their gender or personality. Plus, for those same groups of people to all be friends living at the same location with similar friendships, occupations and physiology are again highly unlikely.

The doorway is depicted as always opening to a specific room in a specific house but what if the house was never built or the Earth was knocked off its axis or exploded or was rendered barren without an atmosphere?

What this film did get right is the greed and selfishness of the human condition. When the death, murder and kidnapping occur it was inevitable given the limited understanding of multiverse possibilities. Even the final death was the ole Hollywood "Good guy wins, Bad guy loses" result.

What I enjoyed, besides the decent production values, was tearing the multiverse scenarios apart and inserting possibilities into the scenarios.
If you steal your 'other self's" credit card from another dimension, that account, that card, that bank and that cash flow will not exist in yours. Plus, even if it did, YOUR NAME is on that card and authorities would be tracking you down for theft.

While the film is not intellectually fulfilling it is entertaining.