'fantasy' book reading up by parental reading lists in the UK?

Getting children to read in a culture where people willing to read is dropping due to other pastimes is always a hard thing to manage. Compulsory book lists have been seen recently to force children to read and then they do not return as reading is seen as work rather than pleasure.

But now it appears that a parents list to persuade children to read is listing 200 books of which none are classics. They are instead touting fantasy books, of pirates and aliens.

Good news for the scifi genre? Or will these still be seen as 'work'' to read by the kids? 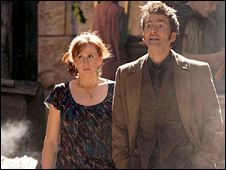 Fathers are being urged to read books featuring pirates and aliens to their sons to improve their reading, instead of traditional children's classics.

A list of 200 books deemed suitable for boys, and produced for ministers, does not feature traditional authors like Enid Blyton and Roald Dahl.

Government figures show boys are an average of 10 percentage points behind girls in English by the age of 11.

Ministers hope the gap can be closed by encouraging better reading habits.

The campaign expands the government's Boys into Books scheme launched last year for boys aged 11 to 14.

Fathers, particularly, are being targeted in this campaign, as ministers urge them to bond with their sons on Father's Day over spy novels and fantasy books.

Some of the books on the list
Captain Underpants and the Preposterous Plight of the Purple Potty People - Dav Pilkey
Asterix and the Vikings: The Book of the Film - Albert Uderzo
We're Off to Look for Aliens - Colin Mcnaughton
When a Monster is Born - Sean Taylor and Nick Sharratt
Trouble at the Dinosaur Cafe - Brian Moses and Garry Parsons

Schools minister Jim Knight said dads should set themselves a summer challenge to read at least one book from the list with their son during the holidays.

He said: "Over a third of 10-year-olds are playing computer games for over three hours a day.

"I am in no doubt that this choice of gaming over reading has a knock-on effect on how well they do at school."

The same research shows TV and computer games have overtaken the bedtime story as the most common pre-sleep activity among children.

Author of the list, backed by the School Libraries Association, Chris Brown said: "We might express concerns about children and TV but they are more likely to see any of us habitually watching the box than reading a book."

He adds: "Boys' absolutely favourite choice of books are usually linked with high profile and successful TV series or films which are current cinema hits with young people.

He adds that the intense merchandising that came with the Pirates of the Caribbean films led to a craze for pirates in story books.

"Boys tend to choose books with action that seldom flags, humour in large dollops with characters slightly larger than life.

"Currently extremely popular are fantasy tales of every shade - mock-medieval scenarios, wizardry, future-set alternative worlds, and places existing in parallel to our own time.

Mr Brown has nothing against classic children's authors like Roald Dahl, whose "great books" he says are "rightly always popular".

He also praises the books of Enid Blyton with their "two-dimensional characters" for firing children's imaginations to fill the gaps.
But he does warn that "feeding young minds with nothing but sterile and unimaginative prose is the equivalent of allowing, or encouraging, a regular diet of too much junk food".

Mr Brown also urges parents and teachers to allow children to follow their own interests.

"If interest gets really hooked by something they will read any and everything that is relevant: so skateboarding, BMX, wildlife, dinosaurs and football come up as choices."

And he also urges schools to encourage reading by involving technology in the process of sharing books.

Teachers could record their pupils reading excerpts from books and allow them to play them back to fellow pupils through the computer, he suggests.
Click to expand...

When i was in high school and junior high my class had to read a certain amount of books per year and were limited on only what was in the library at school. Truth be told, i hated every second of the compulsory reading no matter what they handed me. Forcing kids to read when they really don't want to would probably just be seen as more work. I despised reading in school but after i graduated i'm constantly reading. I don't think it's going to help the genre to much to force these books on kids since i doubt the reason for their lack of reading is poor materials. If their resolved in their decision not to read your going to have a heck of a time getting them to.

I'm on the list but have yet to see any staggering increase in sales. Not sure who, if anyone, is taking any notice of it.

Nicky B said:
I'm on the list but have yet to see any staggering increase in sales. Not sure who, if anyone, is taking any notice of it.
Click to expand...

Nicky B, you mean you're the author of one of the books on the list?

Kevin said:
Nicky B, you mean you're the author of one of the books on the list?
Click to expand...

I didn't actually have the list in front of me when I posted that, which is of interest to me (in Uni, but don't want to teach, my own kids are being home educated) But I assume it is one of numerous teen scifi type novels you've got listed? (at least eleven, I count)
N

Kevin said:
Nicky B, you mean you're the author of one of the books on the list?
Click to expand...

Yes. 'The Spellgrinder's Apprentice' N M Browne
It is quite a strange list. When it first came out various other writers were complaining about the choices. Once you move away from classics I suppose everyone would compile a different list.
N

Tim said:
But I assume it is one of numerous teen scifi type novels you've got listed? (at least eleven, I count)
Click to expand...

Yeah it's fantasy - but not of the D&D/Tolkein type. I have written other books with boys particularly in mind, but I hadn't really got this pegged as a 'boy's' book.

I live quite close to an excellent children's bookshop and the staff are great at giving advice on books. I have three sons and I buy them books still. I suppose the list was an attempt to provide that bookshop kind of advice. Our local Waterstones has just got quite a proactive children's book manager too - who actually reads books and can give an informed opinion, but I don't think that's common.
My boys read ( and enjoy) the books I buy them, but I don't think they would ever spend their own money on a book.

I always got my parents money to buy my books too. The first time I used a library on my own to get a book out I was ten, and the book was First Blood (Rambo part one!) But then we had a book club that seemed to specialise in scifi and fantasy and that's when I got into that. Before that my teachers were giving me books to read (I was reading novels before the rest of my class) so it was Famous Five, I am David, Secret Seven.

I think kids at primary school level have to be given books, rather than pick them for themselves. So giving them a range and then seeing what they prefer for future reading is almost a full time monitoring job.
N

I think kids at primary school level have to be given books, rather than pick them for themselves. So giving them a range and then seeing what they prefer for future reading is almost a full time monitoring job.[/QUOTE]

In a way primary school kids are more likely to choose to read once they become fluent - older kids, particularly boys IME, are less likely if anything to be proactive.
I never needed anyone to pick books for me as I'd read anything, but then there was a lot less other stuff to do.

My sons are now 19, 17 and 15 and I still buy them books as presents - or send them in the direction of books I have loved. All three adore 'Flowers for Algernon' which is one of my favourites.
My daughter (12) will choose her own books which is as well as she doesn't like fantasy and I find picking stuff for her much harder.


[SIZE=+1]ARTHUR and the KNIGHTS [/SIZE]
[SIZE=+1]of the ROUND TABLE:[/SIZE]
[SIZE=+1]etexts[/SIZE] Idyll's of the King
Six Ballads of King Arthur
Tom Thumb
The Lady of Shalott
Jack the Giant Killer
Arthurian Material From the Dark Ages:
The Wedding of Sir Gawain
The Green Knight
Morte D Arthur


[SIZE=+1]TOM SWIFT[/SIZE]
[SIZE=+1]etexts[/SIZE] MOTOR-BOAT: The Rivals of Lake Carlopa
AIR SHIP
BIG TUNNEL: The Hidden City of the Andes
IN THE LAND OF WONDERS: The Underground Search for the Idol of Gold
AMONG THE FIRE FIGHTERS: Battling with Flames from the Air