Overview: David Haller, AKA Legion, is a troubled young man who may be more than human. Diagnosed as schizophrenic, David has been in and out of psychiatric hospitals for years. But after a strange encounter with a fellow patient, he’s confronted with the possibility that the voices he hears and the visions he sees might be real. 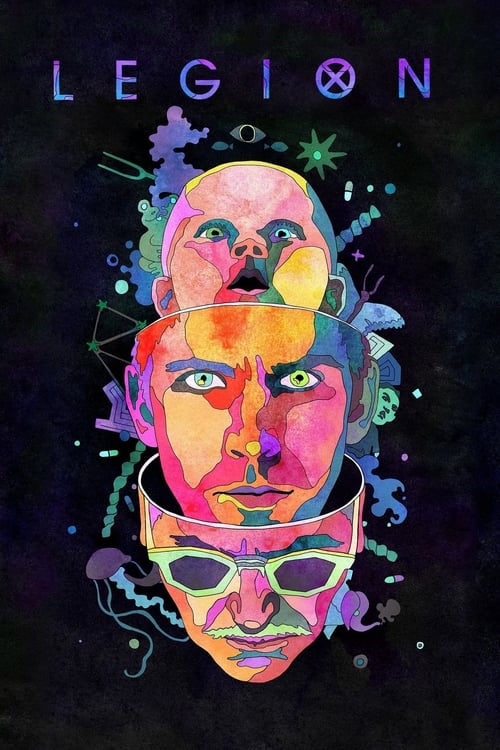 Staff member
Legion on FX has been renewed for a third season. The first season was more action oriented while the current season is more towards episodes that dwell into human behavior. It's one of the strangest shows on TV though with some good music.

David Haller is a troubled young man who was diagnosed with schizophrenia as a child. Shuffled from one psychiatric institution to the next, in his early 30s, David met and fell in love with a beautiful and troubled fellow patient named Syd. After a startling encounter with her, he was forced to confront the shocking possibility that the voices he hears and the visions he sees may actually be real. Syd led David to Melanie Bird, a demanding but nurturing therapist who heads a team of specialists -- Ptonomy, Kerry, and Cary -- each of whom possesses a unique and extraordinary gift. Together, they helped David to recognize and harness his hidden abilities and unlock a deeply suppressed truth -- he had been haunted his entire life by a malicious parasite of unimaginable power.​

Writer
Were people happy with the ending of the Legion series? Were the comics similar?

julirew said:
Were people happy with the ending of the Legion series? Were the comics similar?
Click to expand...

I haven't read the comics so I don't know if they are similar but for the ending, I think it was a bit of a 'easy out' approach to take. The show started off promising but seemed to take a meandering path till it's ultimate implosion ending.