Andrea Ricca, sociologist, is an independent Italian director who, since 1998, when he specializes in 3D graphics (CGI), makes Sci-Fi, Horror & Fantasy Short Movies, with 3D CGI VFX special effects, with over 30 million views on YOUTUBE with international reviews such as STARBURST MAGAZINE, SCREAM HORROR MAGAZINE, DREAD CENTRAL, HORROR MOVIE CA, GOREZONE, HORROR SOCIETY, HORRORNEWS NET, FAMOUS MONTERS OF FILMLAND, SFX UK, ECRAN FANTASTIQUE, and the appreciation of the historic company "HAMMER FILM", of the "FRIGHT NIGHT INTERNATIONAL FILM FEST", of the "HORROR SOCIETY", of the production company "CGBROS" and the compliments of the legend of special effects Tom Savini.

"Italian filmmaker Andrea Ricca successfully channels 1950s “creature features”.
What is most impressive is that this zero-budget auteur films his productions on a simple camera and constructs the final effects on a home computer. There is an energy and exuberance to the films that it is impossible not to be engaged by. The effects themselves are equivalent, if not better than many straight-to-DVD releases and the whole short feels very polished. What Ricca is doing is demonstrating that, with some talent and a whole lot of passion and perseverance, anyone can make a film." STARBURST MAGAZINE 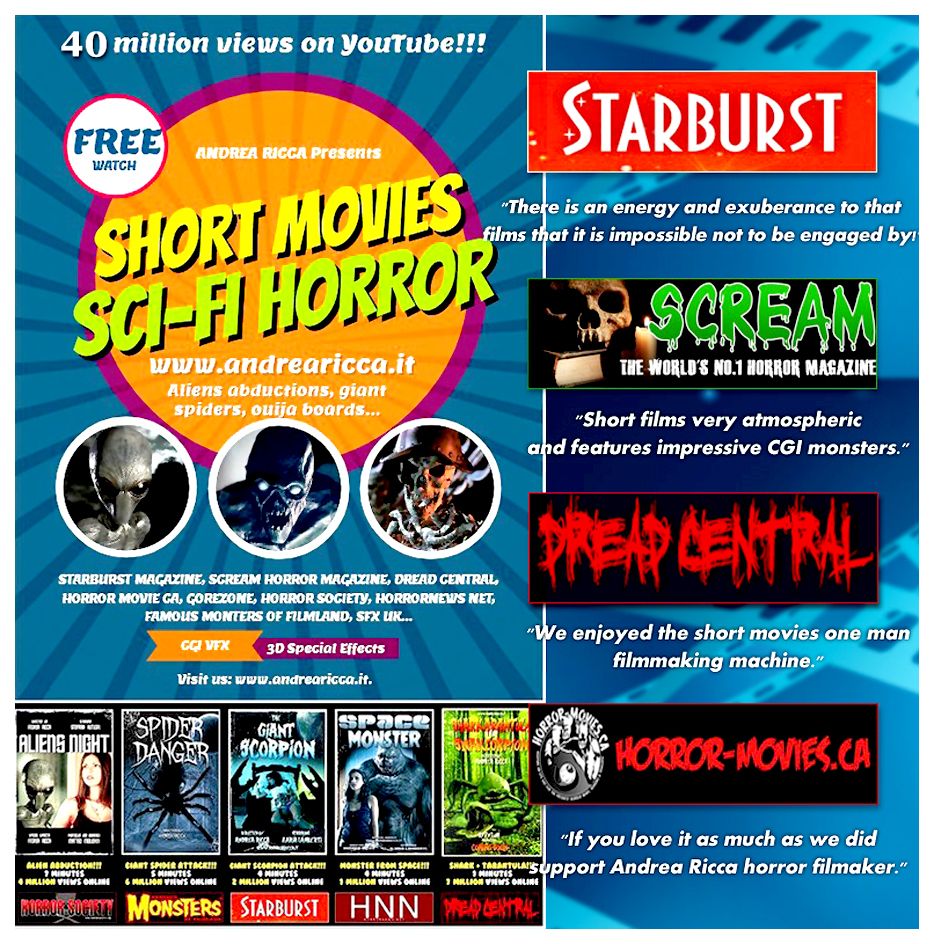 LOL, don't mess with THAT chick!