Overview: Jefferson Pierce is a man wrestling with a secret. As the father of two daughters and principal of a charter high school that also serves as a safe haven for young people in a New Orleans neighborhood overrun by gang violence, he is a hero to his community. 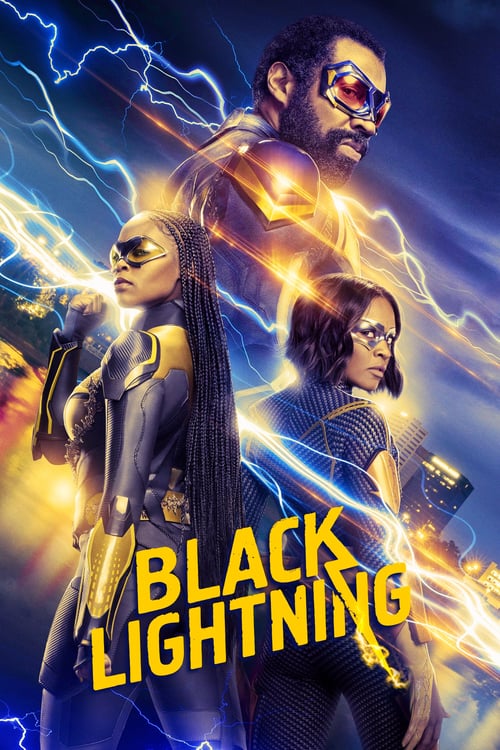 Staff member
Another DC comic character may be making the jump to a live action TV series on The CW. Producer Greg Berlanti, already entrenched deeply in the DC universe with The CW thanks to The Flash, Arrow, Supergirl, and Legends of Tomorrow, originally had Black Lightning slated for the Fox network but Fox has passed on it. The CW has given an order for a full pilot.

Black Lightning is Jefferson Pierce, a former vigilante superhero and Outsiders members who retired but is drawn back into the life to both help his daughter and to help a student being pursued by a gang. Pierce, as Black Lightning, made his debut in the DC verse back in 1977 and was one of the first black superheroes from DC. In the comics Pierce has two daughters who also became superheroes. Jennifer Pierce, known as Lightning, was recruited by the Justice Society of America while Anissa Pierce, known as Thunder, was in the Outsiders.

In the current canon for the character Black Lightning is able to generate, control & manipulate electrical fields and is in prime athletic fitness who was trained by Batman.

Staff member
I'm still not sure why this series, so far, will be not part of the "Arrowverse" of existing shows on The CW.

Kevin said:
I'm still not sure why this series, so far, will be not part of the "Arrowverse" of existing shows on The CW.

You'll be able to check it out on January 16th in the USA for the premiere.

Kevin said:
I'm still not sure why this series, so far, will be not part of the "Arrowverse" of existing shows on The CW.
Click to expand...

In E9 there is finally mention of an Arrowverse character. By mentioning Supergirl then we know that this show's verse is possibly Earth-38 (with Flash, Arrow, and Legends taking place on Earth-1). But... Vixen has so far only appeared in Earth-1 & is currently on Legends and to date Vixen has never been mentioned in Supergirl or by her during her Earth-1 crossovers.

So either there is a "Vixen" also on Earth-38 that just hasn't been mentioned yet, either "Vixen" and/or "Supergirl" are comic characters in this verse (comic superheroes have already been referenced with The Outsiders), this is one of the Earth's not yet seen in the Arrowverse, or it was a writer mistake.

My bet is on it being Earth-38 and the Black Lightning characters will be slowly introduced into the wider Arrowverse by there first being a small Supergirl crossover before a bigger crossover story line.

Staff member
Fast forward to S4 and it's turned into just a generic soap opera. With the way this season is going it's understandable why The CW announced that it wouldn't be renewed for a S5. I watched all the first three seasons but the current season is not holding my attention at all; this may end up being another show taken off the DVR schedule.