Overview: The adventures of a present-day, multinational exploration team traveling on the Ancient spaceship Destiny many billions of light years distant from the Milky Way Galaxy. They evacuated there and are now trying to figure out a way to return to Earth, while simultaneously trying to explore and to survive in their unknown area of the universe. 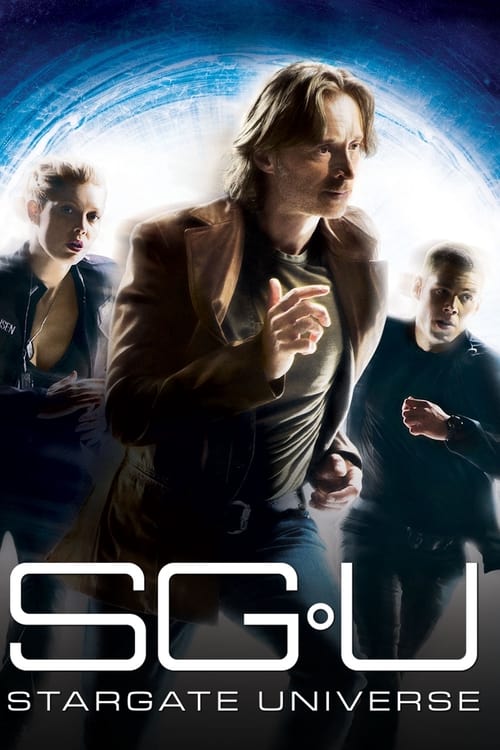 The producers of Stargate giveth and the producers of Stargate taketh away. The news that a third series in the franchise has been ordered coincides with the announcement that the current series, Stargate Atlantis, will be cancelled.
The replacement series is called Stargate Universe and while a lot of sites are treating it as news, GateWorld reported on the existence of the new show way back in April. One commenter on that site observed that the new series would only be rolled out when Atlantis had run its course because the producers didn't want the hassles of doing two shows at once.
Never having been a fan of any of the shows, I'm indifferent to the announcements. A new show that intrigues me more is Fringe, mostly because of the comparisons to the X-Files, one of my favourite shows of all time. The star of the show, Joshua Jackson, says I will be disappointed because it stands on its own. I could see for myself by downloading the leaked pilot, but I've got a collection of "leaked" pilots from other TV seasons that remain unwatched on my hard drive.
One of those pilots was for the show The Sarah Connors Chronicles. Not only did I not watch the pilot, but I managed to not see a single episode and now the first season is available on DVD. A second season will start this September, but I probably won't watch any of those either. I find myself not caring about new series, instead waiting for them to establish themselves and catch up with them a few years later on DVD instead of investing my time in a show that's got no future.
I'm probably not the only one who's changing their TV-watching habits. NBC wants to try to lure web viewers with a new online show called Gemini Division. It will feature daily webisodes that are a few minutes long with the lot of them collected as a single episode at the end of the week.

I read last night that the current SGA will end in January 2009, and that they will be expanding the "viable product" which I took to mean another series in the same universe.

Don't tell me GeoLucas is in on it!

I can only say that I've always loved stargate. when sg-1 came out and took felgercarb from everyone I knew I watched it. So I am definitely giving universe a shot. I am just afraid that it may be some form of prequel and not continue earths march to domination of all the galaxies.

imdb.com said:
The Previously unknown purpose of the "Ninth Cheveron" is revealed, and ends up taking a team to an Ancient ship "Destiny", a ship built millions of years ago by the Ancients, used to seed Distant galaxies with Stargates. This team, led by Dr. David Rush and Colonel Everet Young, are trapped on the ship, unable to change its programmed mission, and encounter new races, new technology and new enemies, as the runaway ship takes them to the far ends of the Universe.
Click to expand...

What are your initial thoughts?

What I have seen posted on the net are quite encouraging.

The jury's out for me at the minute. From the minute I heard about SG Atlantis I couldn't wait, but there's something about this that just bothers me.... but I'll give it a chance.. it's Stargate, after all!

I'll definately watch it as SG is generally ace whatever but it sounds a bit Star Trek Voyager don't you think?

Azhria Lilu said:
The jury's out for me at the minute. From the minute I heard about SG Atlantis I couldn't wait, but there's something about this that just bothers me.... but I'll give it a chance.. it's Stargate, after all!
Click to expand...

i'm still out on it becuase they caned SGA so they could make universe, i'm still bitter over that. :dry:

Smcki10 said:
i'm still out on it becuase they caned SGA so they could make universe, i'm still bitter over that. :dry:
Click to expand...

Did SGA have anything to do with Atlantis, the lost island?

Noble Alex said:
Did SGA have anything to do with Atlantis, the lost island?
Click to expand...

yeah. Atlantis was the lost city. hmm SG-1 found it in like S7 and then it spun off of there. and SGA followed all of the adeventrues the new SG team got into in the city of the ancients. it was a great show, if you like SG-1 you would like SGA, it was a little bit more on the comedic side but still a great show!

I've caught a few episodes. I know they had some kind of time machine ring or orb thing where they'd run through.

Noble Alex said:
I've caught a few episodes. I know they had some kind of time machine ring or orb thing where they'd run through.
Click to expand...

yeah that's the stargate, it's what all the shows are based on.
A

The premiere episode will be on SyFy Oct. 2 at 9PM. It's a two hour premiere.

I guess this isn't available in Syndication?

So hopefully we'll get it either a couple of weeks later or November... cool!
A

superintelligentone said:
I guess this isn't available in Syndication?
Click to expand...

No. It'll be available on the SyFy channel in the states. I'm not sure of the other stations carrying it in other countries....
TV show information provided by The Movie Database